A refreshing new subject that promises to break the clutter and redefine the way ‘attractiveness’ and ‘self-worth’ is measured, Double XL headlined by Sonakshi Sinha and Huma Qureshi will hit theatres on 4th November 2022. 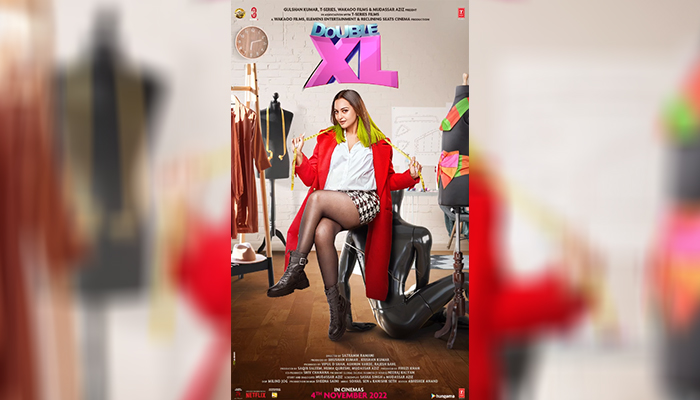 The slice-of-life comedy drama that challenges bodyweight stereotypes has been in news since the release of its teaser. Now, the makers have unveiled the first motion poster of the film featuring Sonakshi Sinha, which has further built the anticipation around the film.

Directed by Satramm Ramani, Double XL is a humorous and heartwarming whirlwind adventure into the hearts of two plus-sized women, as they navigate through a society that frequently associates a woman’s attractiveness or beauty with her size.

The film’s two male protagonists are Zaheer Iqbal and Mahat Raghavendra, paired opposite the leading ladies, along with a talented ensemble cast. The film is presented by Gulshan Kumar, T-Series, Wakaoo Films & Mudassar Aziz.