Director SS Rajamouli unveiled the first song titled ‘Dosti’ from his upcoming magnum opus RRR. As the name suggests, Dosti is the song that celebrates the friendship between Jr NTR and Ram Charan’s characters in RRR and there couldn’t have been a better day to release the song than the Friendship Day. Dosti has been released in Hindi, Malayalam, Telugu, Tamil and Kannada languages. 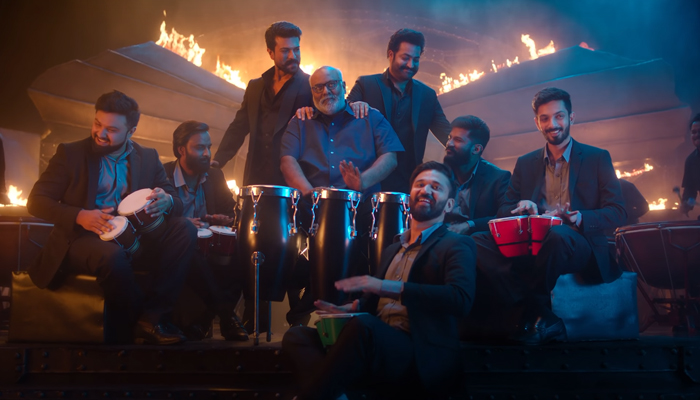 The video of the song features musicians Amit Trivedi, MM Kreem, Anirudh and Vijay. The video also features Jr NTR and Ram Charan, who can be seen joining the musicians later in the video. The soulful song has been produced by MM Kreem, while the Hindi version of it has been sung by Amit Trivedi.

PEN Studios has bagged the theatrical distribution rights across North India and has also bought worldwide electronic rights for all languages. Pen Marudhar will be distributing the film in the North Territory. The much-awaited Pan-India film will have a worldwide release on the festive occasion of Dussehra, October 13, 2021.