In a short span, with successful songs in her kitty, Dhvani Bhanushali has become a hugely popular and much-sought-after songstress in India today. With every song of hers breaking the internet, she is one of the top singers of the country today. Not one to rest on her laurels, including being the only young singer to have more than 1 billion views for her song, Vaaste, in a short span of time, the pop sensation releases her next big chartbuster, Mehendi. 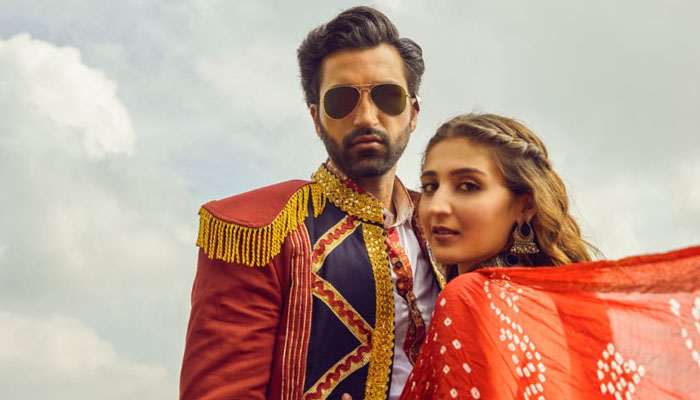 The new Navratri song featuring Gurfateh Pirzada opposite Dhvani, is penned by Priya Saraiya, composed by Lijo George and DJ Chetas, and rendered by Dhvani and Vishal Dadlani. The vibrant and peppy video shot in the scenic city of lakes, Udaipur, is directed by Vibhu Puri. The backdrop of the beautiful city adds scale and grandeur to Mehendi. Interestingly, for the young Gujrati born, Mehendi will be her second Gujrati folk song after Nayan which was also composed by Lijo and Chetas.

Releasing her upcoming single on her YouTube channel, Dhvani enthuses, “I think this is the beginning of a new journey and I’ve been lucky to have the best people on my side. From Lijo & Chetas who’s given me such fabulous songs to Priya who is a beautiful writer and Azeem who brought this entire song together. I am so grateful to have collaborated with Vishal Sir who is kindest soul and a phenomenal music artist, it was a learning experience for me. Working with Vibhu Sir was so fun, the treatment he has given this song is vibrant, rich and picturesque along with Girish Sir who made each frame of Mehendi beautiful. It was a really enriching experience. I’ve always driven for versatility and excellence and the pacy Mehendi gave me a perfect opportunity for that. Gurfateh is a delight to work with I think he’s put so much effort for his first single and it is visible on screen. He was my constant companion for the two days of shoot, and I hope we get a chance to work together again. I want to especially thank my father who has been my true critic and biggest support. Lastly, the entire team who helped the song become Mehendi. I hope music aficionados will appreciate and love Mehendi as much as they’ve loved my previous songs.”

All praise for his co-singer, Vishal Dadlani says, “Dhvani is a wonderful person, well brought up and hard-working. I think of her as a member of my own family and have proudly watched her journey to hard-won success against all those who doubted her. So, when I was asked to sing with her, I thought it would be a lot of fun, and it was. I’m sure everyone will enjoy the song. Happy Navratri to all!”

Actor Gurfateh Pirzada, who features along with India’s young pop icon, says, “I think personally this music video was totally out of my zone of the work I’ve done so far, which is exactly what pushed me to this. Also, the fact that dhvani is a well renowned singer who’s definitely proved her worth with the kind of music and fan base she’s built for herself. So I’m all it was totally worth the leap but also very challenging to say the least, but I’m sure the end product is gonna be great and I’ve also had a mad time shooting this and definitely learnt a lot from this whole experience!”