Starting her career from voicing some amazing numbers Dilbar, Psycho Saiyaan and Duniya among others, India’s pop princess Dhvani Bhanushali has established herself as an artist to watch out for. Her fan-following began the day the audience heard her voice and it only quadrupled when they saw her pouring her heart out in fun yet soulful numbers like Leja Re which touched 640Million views on YouTube and Vaaste that is at 910Million views and counting. 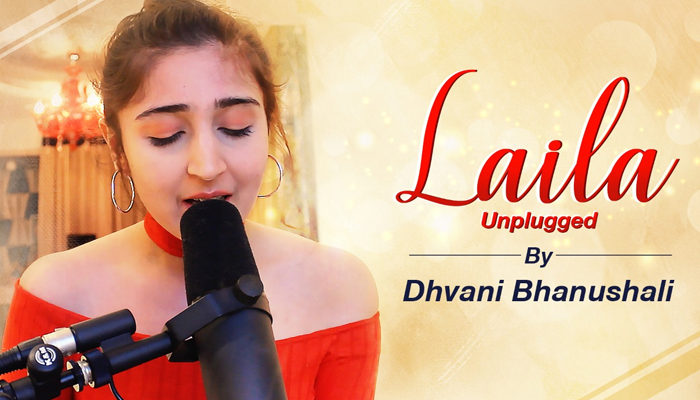 And now, Dhvani has taken a step forward to make sure that her fans know how important they are in her life. With fan requests pouring in on her digital handles, she has released the unplugged version of Laila which was featured in the Zaheer Iqbal and Pranutan Bahl starrer Notebook.

Her fan base has always been active and makes sure that they keep in touch with their favourite singer. Dhvani’s group of admirers encouraged her to connect with them more through her beautiful voice. They put in requests through Instagram Polls and Direct Messages for her to do an unplugged version of Laila. The singer wanted to do something for her fans as they always been a major contributor in her art and that is why she wanted to extend this gesture to them as a thank you.

Talking about the same, Dhvani shares, “I have been receiving a lot of messages by my fans, requesting me to sing their favourite songs for them. I decided to sing the unplugged version of Laila for my fans as a ‘Thank You’ gift for being my biggest source of inspiration and motivation. The song is very close to my heart, as it’s my first solo film song which makes it extra special. Singing it has always given me goosebumps and excitement. Considering most of us have been staying at home to prevent the spread of COVID-19, my team and I decided to release this song as a breather to my fans from their hectic schedules and routine days.”

With her fabulous voice and amazing performances, Dhvani’s list of fans is only going to grow with her many songs that will delight us in the future.