Kangana Ranaut who is currently shooting for her upcoming film ‘Dhaakad’ in Budapest shared a picture on her Instagram story in which she could be seen getting transformed into her ‘Agent Agni’ character. Alongside the picture, she wrote: “Making of the most vicious of them all ‘Agent Agni’ with my dream team.” 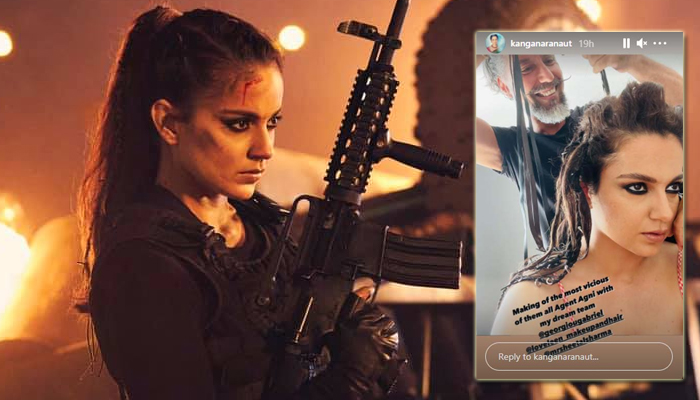 ‘Dhaakad’, touted to be a world-class spy thriller, is being directed by Razneesh Razy Ghai and Kangana will be seen playing the role of an officer named Agent Agni in the movie. The film’s first schedule was shot in Madhya Pradesh.

The film, which is based on serious issues like child trafficking and crimes against women, will also star Divya Dutta and Arjun Rampal in pivotal roles.

Meanwhile, Kangana besides ‘Dhaakad’, will also be seen in ‘Thalaivi’, a biopic on actor-turned-politician Jayalalithaa. ‘Tejas’,

‘Manikarnika Returns: The Legend Of Didda’ and ‘Emergency’ based on the life of India’s former Prime Minister Indira Gandhi is also in pipeline.