Gautam Rode is one actor who can get into the skin of a tough cop character, or a romantic hero in the valleys of Kashmir, or a devoted army Jawan. 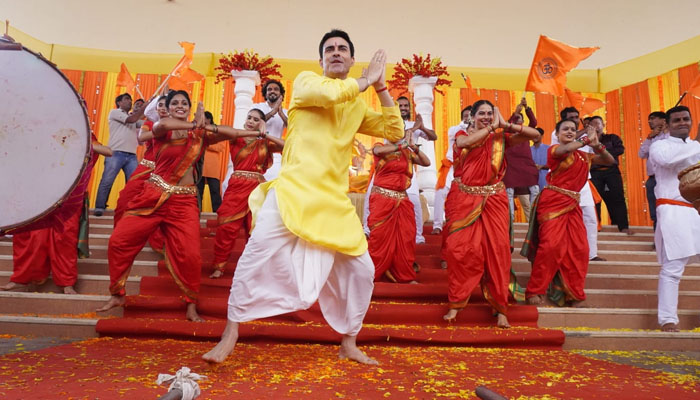 Now he brings to you an avatar that you have never seen in him before, with a devotional albeit foot tapping track called Devon Ke Dev Ganesha that has released today, on the eve of the Ganesh festival.

Given the circumstances of the past 2 years, celebrations have been subdued pan India, and this song reminds you to sit up, dance, be happy and most importantly thank the almighty for what we have.

Expressing his happiness about the song Gautam says, “It was mesmerising and amazing to shoot for this song. After so long, one felt like touched to see the pandal and the stage and I am grateful to be able to do this. The voice of Javed Ali makes this a total entertainer for this festive season. I hope the audiences enjoy the same.”

Sung by the musical maestro Javed Ali, composed by Sanjeev Darshan, lyrics by Sameer Anjan and produced by Sanjay Aggarwal and Utsav Aggarwal, the team behind this song is truly stellar. Gautam looks dapper in his yellow and then blue attire too and the track will leave you dancing for sure!