The latest Hindi comedy offering De De Pyaar De is doing great at the box office. Because of positive word of mouth, the movie gained a strong hold over the audience and as a result, showing rock-steady performance on weekdays as well. 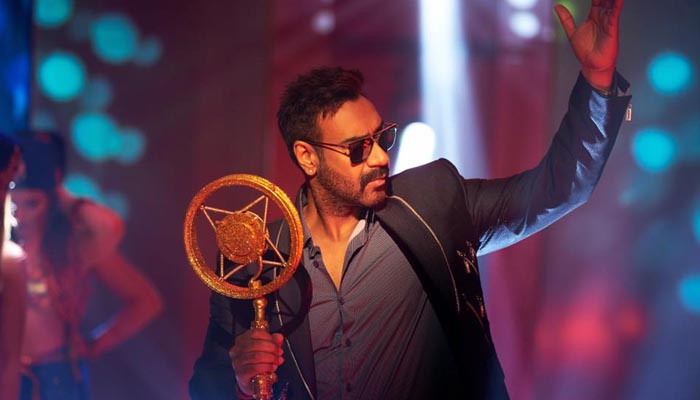 Directed by Akiv Ali, De De Pyaae De got succeed to entertain all the viewers and received mostly favorable reviews from the critics. The director has proved that he knows the taste of youth better than anyone else. Because of its interesting storyline, fresh punches and mind-blowing performances given by the lead actors.

Starring Ajay Devgn, Tabu & Rakul Preet Singh in lead roles, this comedy opened to a slow note on Friday and minted the amount of 10.41 crores that included 1.30 crore of paid previews held on Thursday evening from 3100 screens across the country.

Over the weekend, De De Pyaar De took noticeable growth and raked the business of 13.39 crores on Saturday and 14.74 crores on Sunday. After the opening weekend, the total collection of the movie had recorded 38.54 crores.

Now it is running on weekdays and still maintaining a good pace despite normal working days. On Monday, DDPD minted the amount of 6.19 crores after a minimal drop than Friday. Then on Tuesday with slight more decrement, it added 6.10 crores to its account.

On the next day i.e. Wednesday, De De Pyaar De dropped and bagged the amount of 5.74 crores. With this, its total 6 days collection has become 56.57 crores at the domestic box office. The movie is likely to complete the first week in a range of 61+ crores.