Ajay Devgn, Rakul Preet Singh and Tabu starrer De De Pyaar De is going good at the box office. From where it started on Friday, the Akiv Ali directed film has found a good spot for itself and the collections are now respectable. However, In this film Ajay as a 50-year-old man who falls in love with a woman half his age, played by Rakul. Tabu plays his ex-wife. 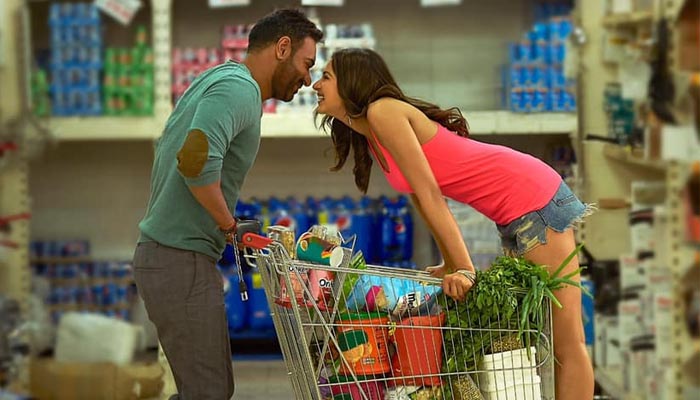 Directed by Akiv Ali, De De Pyaar De has got succeed to entertain most of the viewers and pulling major audience toward itself. For its fresh story-line, it received mostly positive reviews from the critics and gained favorable word of mouth, due to which it is heading smoothly at the box office.

On the opening day, T-Series Films & Luv Films’ presentation took a slow start in the morning due to limited promotions but picked up slightly well over the evening & night shows and minted the amount of 10.41 crores that included 1.30 crore of paid previews held on Thursday evening.

On Saturday, as expected it reported a healthy growth in footfalls and minted the amount of 13.39 crores. Then on the next day i.e. Sunday, De De Pyaar De‘s run got hampered by the elections in some states, but still managed to take some growth and bagged the amount of 14.74 crores.

After the opening weekend, the total collection of the movie was recorded at 38.54 crores from 3100 screens. Now Ajay Devgn starrer has entered on weekdays at a good pace despite normal working days.

On Monday, De De Pyaar De faced a drop of around 57.84% than Friday and registered the business of 6.19 crores. After this, its 4 days total collection has become 44.73 crores at the domestic box office.