Bollywood star Ajay Devgn, De De Pyaar De has released this Friday on a decent note. The movie has also received a decent response on Thursday for its previews. It has received positive reviews from most of the critics, which is attracting more audience towards theaters. 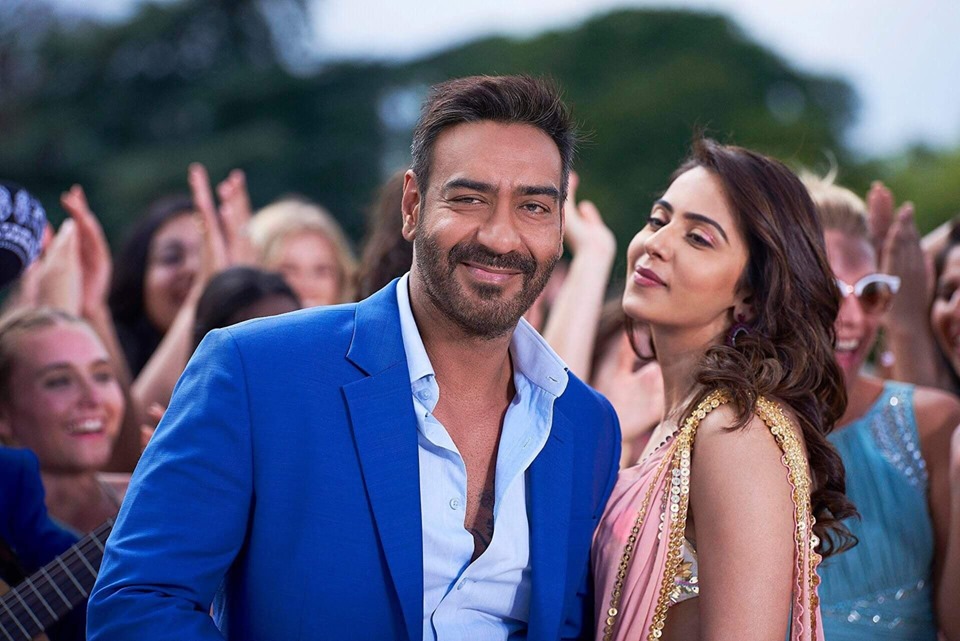 The second-collaboration between Bhushan Kumar’s T-Series Films & Luv Ranjan’s Luv Films, De De Pyaar De has got succeed to impress many critics with its entertaining story-line & the excellent performances given by the leading actors- Ajay Devgn, Tabu & Rakul Preet Singh.

On its very first day, De De Pyaar De has witnessed the overall occupancy of 25-30% across the country and raked the business of 10.41 crores. From the previews on Thursday evening, it has minted the amount of 1.30 crore and made its opening day business as 9.11 crores.

The opening is 8th highest of Ajay Devgn which is not as good as expected. Anyhow, on the next day, due to holiday, it has reported solid jump than Friday and added the amount of 13.39 crores. Till the end of its 2nd day, total domestic collection of De De Pyaar De is recorded as 23.80 crores.

The film is written by Pyaar Ka Punchnama series- fame Luv Ranjan. The movie has been released on over 3750 screens worldwide with around 3100 screens in India alone. Earlier, the romantic comedy was scheduled to be released on April 26, 2019.

However, in an attempt to avoid competition with movies like Avengers: Endgame (2019) and Total Dhamaal, the film’s release was postponed to May 17, 2019.