This Friday’s big release is De De Pyaar De. Ajay Devgn is returning to the big screen after delivering a Super-hit in Total Dhamaal. The film follows a middle-aged divorcé who decides to marry a woman almost half his age, and the impending chaos his decision causes. 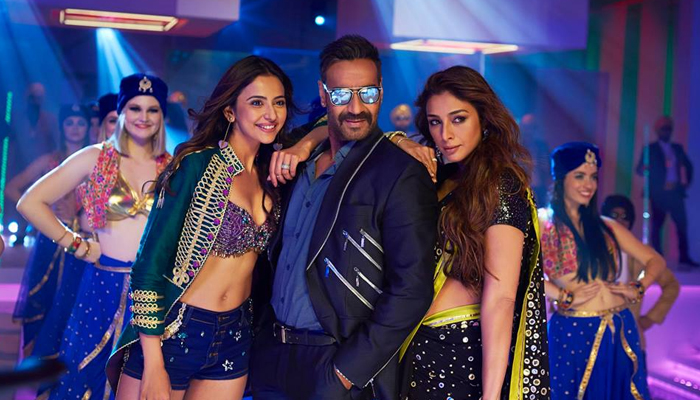 De De Pyaar De, starring Ajay Devgn, Rakul Preet Singh and Tabu in the lead roles, co-written by Luv Ranjan and directed by film editor-turned-director Akiv Ali. De De Pyaar De, a joint production venture between Luv Films and T-Series, will release on May 17. The paid previews will begin on the night of May 16 itself.

No wonder, the rom-com entertainer is much awaited already and hence is all set to take a very good start at the Box Office. The fresh pairing of Ajay Devgn and Rakul Preet Singh is looking interesting already, especially since they are playing their age, and with Tabu featuring in there as well; it is a love triangle of a different kind.

Moreover, Jimmy Sheirgill in the mix further makes the whole affair really spicy. All these factors combined together are ensuring that De De Pyaar De turns out to be a hit favourite amongst audiences. The film is also seeing paid preview shows from this evening onwards, which will only add on to the moolah.

As for Friday, it is going to see a clean release as there is not much competition from past or present, considering its solo release. Rest assured, the film should collect at least 12-13 crores including paid premiere and tomorrow, and then take further rapid pace during rest of the weekdays.