After collecting 1.30 crore of business on Thursday with previews, De De Pyaar De has started with a decent note on Friday. The movie has received positive reviews from most of the critics, also audience is showing thumbs up for it. After a long delay finally De De Pyaar De has released out and getting satisfactory response from audience. 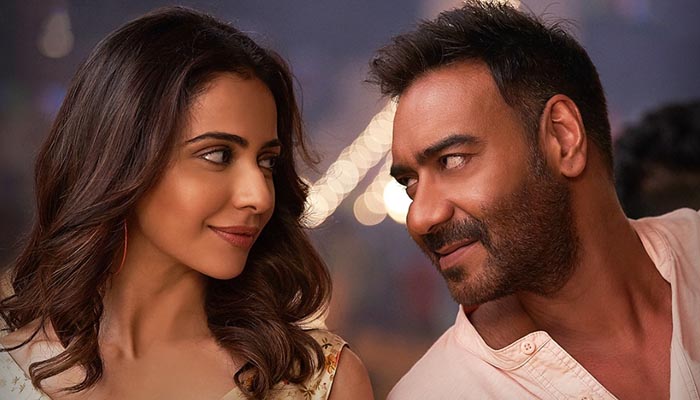 The actor is being praised by everyone for his entertaining performance in the movie. Apart from him, Rakul Preet Singh and Tabu is in opposite as a leading ladies. The film follows a middle-aged divorce who decides to marry a woman almost half his age, and the impending chaos his decision causes.

Fans were super thrilled to watch the film because given that the trailer was such a fun ride, the viewers expected the film to be double the fun. And now that the film has hit the screens, fans are taking to social media and are all praises for this Ajay Devgn and Tabu starrer rom-com.

Good thing is, De De Pyaar De’s opening has not affected by other movies like Avengers Endgame, Student Of The Year 2, and John Wick: Chapter 3 – Parabellum. It has witnessed the overall occupancy of 25-30% across the country and minted the amount of 9.11 crores. Including its Thursday business, it made 10.41 crores as its first day collection.

The leading trio of the film have left no stone unturned in promoting the rom-com which is currently reported to have a sequel now. During a media interaction of the film, Ajay was reported saying that if the film does a good business at the box-office then we may have a sequel to the film.