After a good opening week, the latest Hindi romantic comedy De De Pyaar De has passed its second weekend on a fair note. Despite the several new offerings in the opposite, Akiv Ali’s directorial remained unaffected and still showing a good hold over the audience across India. 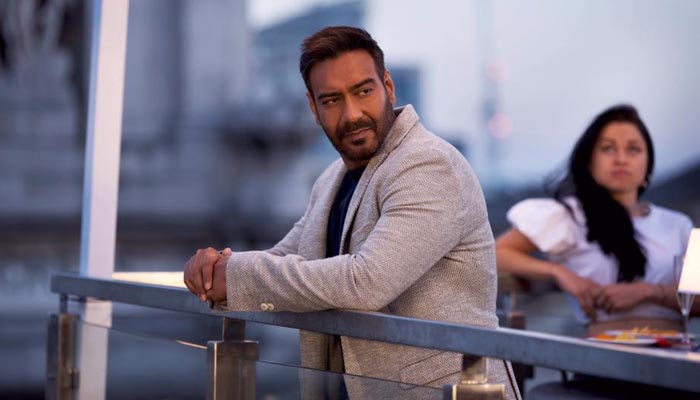 Starring Ajay Devgn, Tabu and Rakul Preet Singh in lead roles, De De Pyaar De has got succeed to entertain everyone and gained positive word of mouth. Since its release, the film is running well at the box office.

Jointly produced by Luv Films and T-Series Films, DDPD opened on a decent note due to a good pre-release buzz among youth audience. By remaining strong throughout the opening week, it did the business of total 61.05 crores, that included 38.54 crores of the weekend and 22.51 crores of weekdays from 3100 screens.

Now the film is running in its second week and once again showed remarkable growth over the weekend. On 2nd Friday, it took a jump of approx. 20% than the previous day and minted the amount of 3.58 crores. Then on 2nd Saturday, it recorded more jump and raked the business of 4.78 crores.

On the next day i.e. 2nd Sunday, with further increment in footfalls, De De Pyaar De bagged the amount of 5.68 crores and raised its 10 days total collection to 75.09 crores at the domestic box office. As per current trend, the film is likely to collect near about 82 crores by the end of this week.