Bobby Deol’s upcoming film, a cop drama set in the ’80s, will see the actor play the role of a determined policeman who dreams of a more empowered police force in Mumbai. The trailer of Class of 83 was unveiled by Netflix on Friday i.e 07 August 2020, showing Bobby as a former policeman who has been reassigned as an instructor at the Nashik police academy. 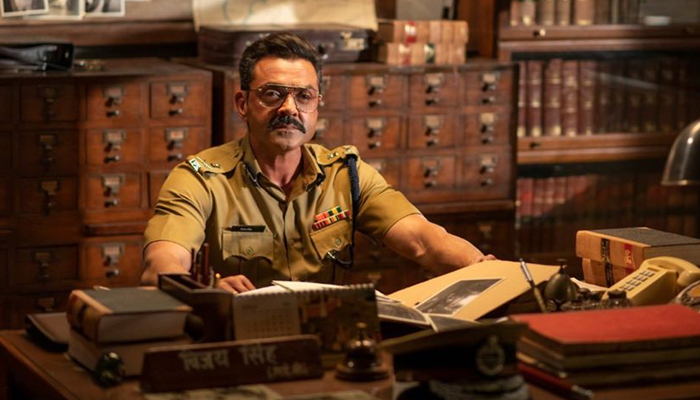 Bobby shared the trailer on Instagram and said, “#ClassOf83. When the system is in danger, and only the fearless can save it! @redchilliesent #ClassOf83Trailer out. Premieres 21st Aug on @netflix_in. Directed by @atulsanalog . Produced by @iamsrk @gaurikhan , @_gauravverma.”

‘Class of 83’, based on Hussain Zaidi’s book of the same name, sees the story of Dean Vijay Singh (played by Bobby Deol). He trains five lethal assassin policemen in order to punish the corrupt bureaucracy and its criminal allies. During this time, he comes across a bureaucrat in the form of Anup Soni, who, if the trailer is anything to go by, is the mastermind behind everything that happens in Bombay.

Director Atul Sabharwal said in a statement, “This project was extremely interesting and the whole crew helped bring the era of the 80s to life, which was a big challenge. People will see Bobby as they have never seen him before and the cast of newcomers is phenomenal in the film.”

Joy Sengupta is also part of the project. The movie also marks the third collaboration for Netflix and Red Chillies Entertainment. They have previously collaborated for Emraan Hashmi’s ‘Bard of Blood’ and Vineet Kumar Singh’s ‘Betaal’. The Film is all set to stream on 21st August 2020.