On the birth anniversary of Major Sandeep Unnikrishnan, Adivi Sesh pays an ode to the brave heart, teasing the audience with a short glimpse of the film MAJOR, which is inspired by the life of Major Sandeep. 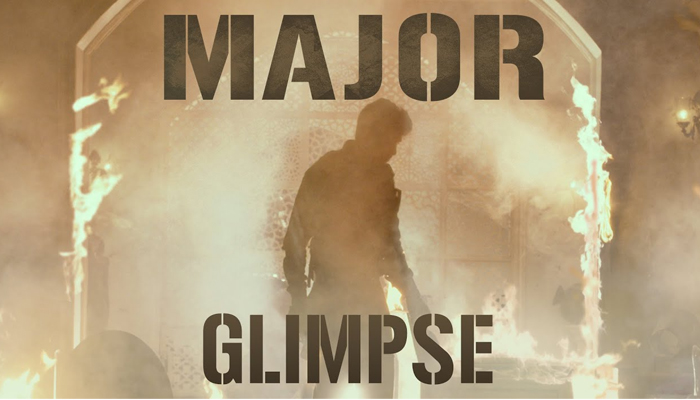 Every year, Major Sandeep Unnikrishnan’s birth anniversary witnesses’ people across the nation paying their tribute to the martyr and remembering his heroic acts. As a token of respect towards the same, the makers of the film have also launched a micro-site for the people to pay their tribute to Major Sandeep, sharing not only their thoughts but also pictures and videos remembering him.

Celebrating his way of life and courage, Adivi Sesh said, “We all remember him for his heroic sacrifice and bravery in the 26/11 attacks, but not many people know how he led his life until then. MAJOR celebrates the way he lived, and not just his sacrifice. Remembering him as a son, a friend and a soldier, on his birthday, I wanted to celebrate him and his ethos.”

Along with the short glimpse, the makers also announced the teaser of ‘Major’ to release on 28th March 2021. Known for his heroic battle against the terrorist attacks of 26/11 in Mumbai, Major Sandeep Unnikrishnan is hailed for his bravery for taking on the terrorists and having sacrificed his life for the nation.

The entire country resonates with Major Sandeep Unnikrishnan’s name and face vividly, despite not knowing him personally. A story of a young man who took bullets right in his chest and fought till his last breath is unforgotten and instils our faith in the brave souls that guard us.

However, Major aims at celebrating the life of Major Sandeep Unnikrishnan and not just portray his valour at the Mumbai attacks. All set to release on 2nd July 2021, ‘Major’ also stars Sobhita Dhulipala, Saiee Manjrekar, Prakash Raj amongst others. Directed by Sashi Kiran Tikka, the film is produced by Sony Pictures Films India in association with Mahesh Babu’s GMB Entertainment and A+S movies.