A great news awaits Drishyam enthusiasts. Drishyam 2 is not far away from release and Mohan Lal took to his twitter handle to announce the arrival of Drishyam 2 teaser. 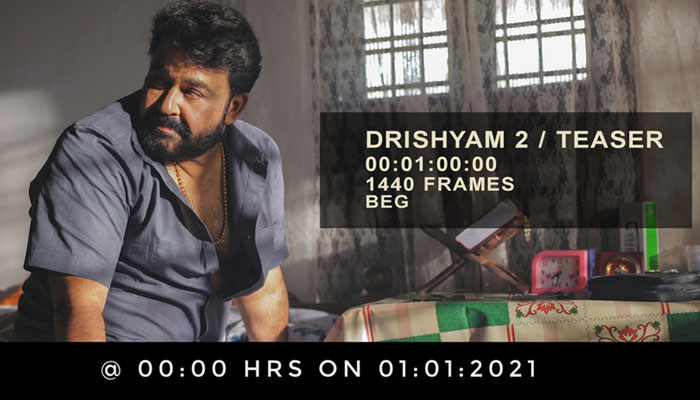 It’s been 7 years since the release of the first film of the franchise. Drishyam set the box office on fire and has been adapted in many languages. Drishyam 2: The resumption is written and directed by Jeethu Joseph and produced by Antony Perumbavoor under the banner of Ashirvad cinemas.

The director initially stated that the second part will deal with how the family responds to life after the crisis. The sequel will take off from where Drishyam ended. He revealed, ‘The police hadn’t closed the murder investigation. So the film will examine how the family deals with their own personal trauma and reactions from the society’.

Apart from Drishyam 2, Mohanlal has two films in his kitty. Titled ‘Ram’, the film is directed by Jeethu Joseph as well. Further, he awaits the release of ‘Marakkar: Arabikadalinte Simham’ helmed by ace director Priyadarshan.