Dance is in Nora Fatehi’s DNA and the beautiful gal pretty much manages to bedazzle one and all every time she is on stage with her stellar dance moves. However, this time around, not only set the stage on fire at the annual Caftan Show in Morocco with her dancing but also with singing. 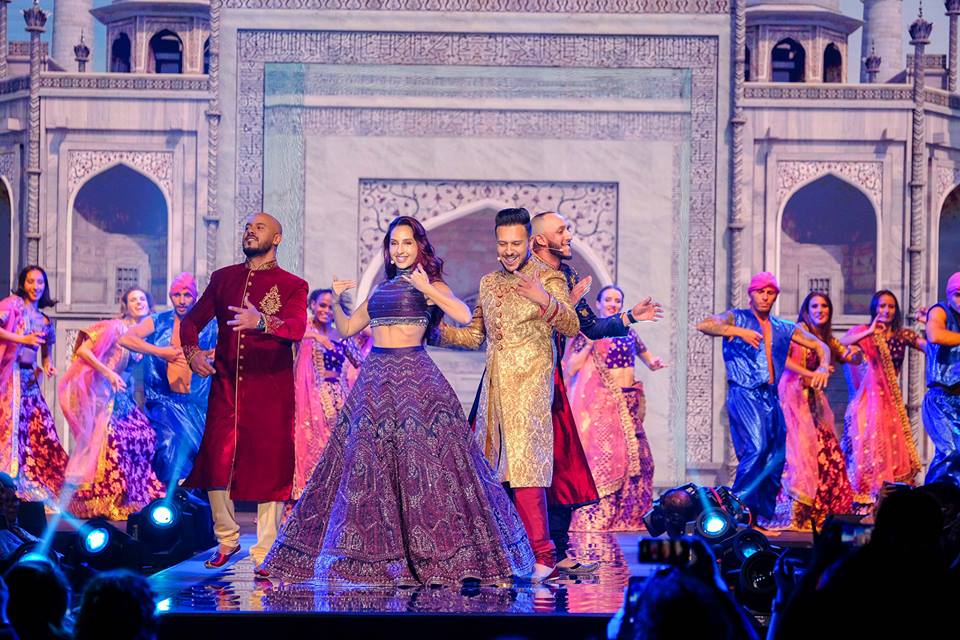 Nora sang and performed on the Arabic adaptation of her hit track ‘Dilbar’, along with the Moroccan hip-hop band Fnaire. In fact, the stunning diva had collaborated with Fnaire for the Arabic version of ‘Dilbar’ and now their winning combination once again came together to weave their magic in Morocco.

While as usual Nora won everyone’s hearts with her performance, she was also hailed for her rendition. Nora also ensured that she represented the Indian culture through her Bollywood themed act at the Caftan Show, which is one of the most prestigious events in Morocco and is aired live on Television.

Nora had designed the entire Indian theme for the act including the clothes, Bollywood style dance movements and beautifully represented the Indian culture for the first time in Morocco through her well-choregraphed performance. In fact, this was the first time a mix of Moroccan music and Indian visuals were seen on stage and our dear girl Nora was the first one to do it.

Speaking about this surreal experience, Nora said, “This was the first time a proper Bollywood theme act was performed on stage, which I organized entirely. The whole Indian theme was done for the first time in Morocco and it was an honour for me to represent Indian culture through costumes and Bollywood dance in Morocco. I thoroughly enjoyed singing the Arabic adaptation of Dilbar on stage.”

Atta girl, you do make us proud.