On his 54th birthday this year, Aamir Khan announced that he will be remaking Tom Hanks Forrest Gump in Hindi with the title Lal Singh Chaddha. The film will be directed by Advait Chandan of Secret Superstar fame. Aamir Khan’s production in collaboration with Viacom has bought the rights from Paramount. 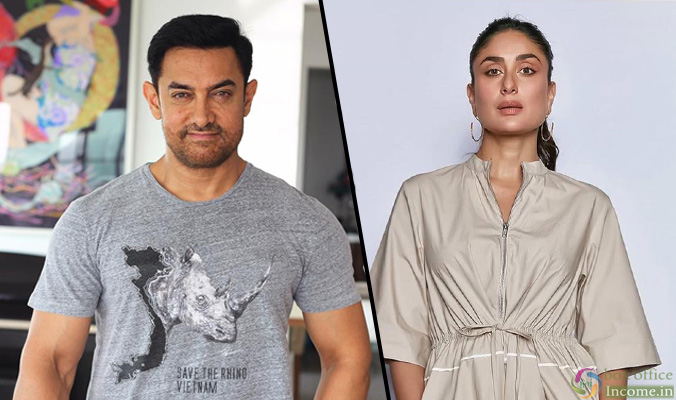 Big news of the day is coming in that Kareena Kapoor Khan is all set to star opposite Aamir Khan in this film. Kareena and Aamir are all set to reunite for Lal Singh Chaddha after almost 7 years. The duo was last seen together in Talaash and now they are all set for their comeback.

Kareena is currently in London shooting for Angrezi Medium and was supposed to have a meeting with Advait Chandan, the director of the film. She has quite a few films up her sleeve along with Karan Johar’s Good News and Takht. Making all the right decisions in her career, Bebo is clearly on a roll.

Lal Singh Chaddha is slated to release on Christmas 2020; the movie is written by Atul Kulkarni and is produced by Viacom18 Productions and Aamir Khan Productions. How excited are you to see Kareena and Aamir reunite on the silver screen? Be sure to let us know.