Bollywood’s ace director-producer and music enthusiast Mozez Singh is known for his sartorial flair. As we all know Mozez’s knowledge of fashion is deep. The Mumbai-based director of movie Zubaan, makes heads turn wherever he goes. He is an avid traveler and a pure pop culture consumer. He believes that fashion allows him to shape-shift, and he relishes that. 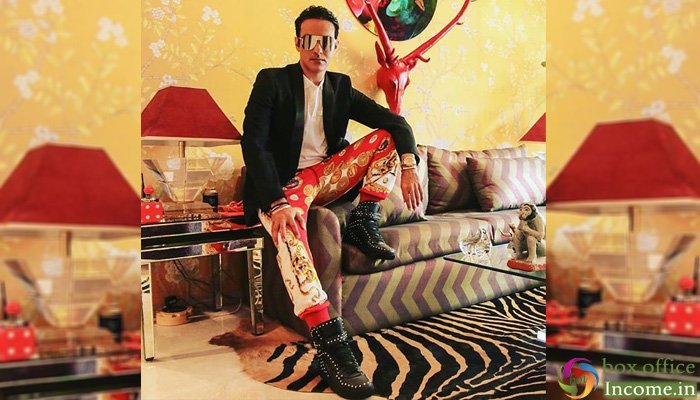 Mozez loves the fact that a pair of shoes, a shirt, or a pair of trousers, has the power to not just transform his mood but also alter his persona. More from the man who confesses that when he wants to shop, he can surely find something to buy in a desert.

Mozez is a self aware person with the confidence to pull off any look. He is equally in love with Custom-made & off the rack style. According to Mozez there are some things that just have to be custom-made. Like the perfect suit from Savile Row (from Kilgour or Richard Anderson), a tuxedo from Tom Ford or Giorgio Armani, or a Rohit Bal sherwani, for him their fit has to be precise; only then it does full justice to his style.

He is an absolute shopaholic. So off-the-rack shopping for him happens in gluttonous, insatiable ways from sites like Mr Porter and Matches, or stores like Luisa Via Roma in Florence. The director is always seen travelling in style around the year but he mostly loves shopping in London, New York, Milan and Tokyo which he believe is the Mecca of all fashion.

Antonlini in Milan, Grailed in Tokyo and Decades in LA for vintage are his favourite stores. There are a few Indian designers that he constantly purchases from like Abu Jani and Sandeep Khosla and Abraham & Thakore. Mozez also owns around 35 pairs of their label pants. Raghavendra Rathore customises jodhpurs and breeches for the director in colours which he never sells in store.

Manish Arora and Malini Ramani are two designers who do not design men’s clothes, but make an exception only for Mozez to match his style. According to him a man doesn’t need to suit up to look smart & handsome, but rather his self-confidence, kindness, compassion and a little bit of rakishness defines a true gentleman. Dressing up is something that the director loves the most.

This means that everything is perfectly thought of, from the shoes to the hair wax. Even when he’s dressing down, he’s dressing up. His ripped T-shirt, faded track pants, dirty sneakers by Raf Simons and oversized sunglasses are something he’ll put together. It’s all about what he is feeling at that point in time.

For him ‘Fashion is a feeling’ that keeps changing. But for now it’s his unending acquisitions of the new Versace prints. His latest addition to wardrobe is the baby pink tuxedo satin suit by Balmain. Mozez’s most dramatic look recently was a head-to-toe silver foil outfit by Vivienne Westwood which he wore for his mother’s birthday celebrations in Lake Como, Italy.

Mozez adds that ‘Rick Owens’ new gender fluid collection is so spectacular that it made him want to scream with deligh. As a designer, he’s taken the Japanese aesthetic and made it his own. He is also totally into eyeing pastel colour suits, sheer pants by Saint Laurent and Celine’s skinny glitter jackets. Talking about his most treasured accessories, he is addicted to shoes and sunglasses.

He wears Yeezy Ortholite and Rick Owens sneakers almost every day. Mozez owns more than 150 pairs of sneaker & boots. Currently he is digging the Nike X Fear of God collab sneakers and his new Saint Laurent sand- coloured boots in ultra suede. This stylish director owns the most astonishing collection of sunglasses by Tom Ford, Balmain and Versace, among others, he has them in every size, shape and colour.

He mentions how he’ll die a thousand deaths when he’ll lose a pair. His current obsession are his new Fentys. Mozez seems to be forever loyal to those Ray Ban gold-rimmed aviators with lenses & tries to get his hands on them in every possible colour. He has been collecting the Japanese greats — Miyake, Comme des Garçons and Yohji Yamamoto since he was 19 years old.

When asked about his travel style statement he’s favourite are Balmain carry-on tassel bag, Gucci wheely, Tom Ford over-sized sunglasses and Hermes two-ply cashmere track suit. Mozez is currently obsessed with Rimowa’s classic style. When he was in Tokyo, he bought so much Rimowa luggage they asked him to stop.

He has only two Go-to fragrances which include- Gold by Mancera and Mutiny by Maison Margiela. They are his signature scents. He concludes by mentioning how his adores, Lenny Kravitz, The late Karl Lagerfeld, ASAP Rocky, Travis Scott, and Prince Carl Philip of Sweden’ style.