Kartik Aaryan has been teasing his fans on social media since last few days by posting videos and pictures where he’s seen dressed to the nines but finger on his lips. The actor posted this pictures and videos with a similar caption saying ‘Revealing Soon’. 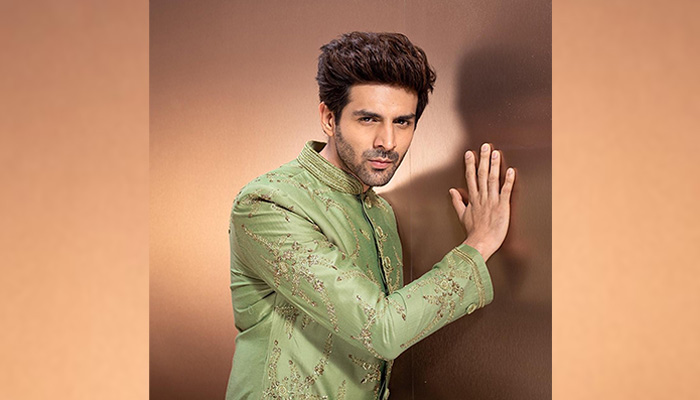 The actor finally revealed the news today. The Luka Chuppi actor is now signed as the face of Manyavar. Manyavar is men’s ethnic wear brand and this brand found a perfect Bollywood face in nation’s latest heartthrob Kartik Aaryan. The actor took to Instagram and announced the big news saying, ‘Manyavar Kartik Aaryan.

Excited to reveal myself as the face of #Manyavar’. The actor has posted a picture where he’s seen in an ethnic wear and posing which can set your heartbeats racing. Manyavar too took to their social media account and revealed him as the brand ambassador. ‘He’s got the style, he’s got the charm and a breathtaking smile!

Presenting the heart-throb of the nation – Manyavar Kartik Aaryan,’ said the brand on their post. Well we couldn’t agree more, the actor does have an impeccable style that men across the nation like to ace and a smile that makes women across all ages crush on him.

Kartik Aaryan is not just a hit at the box-office but he’s also a hit in ad world. The actor has several big brands and endorsements up his sleeve. Right from apparel wear to gadgets brand. And now fashion’s most wanted Kartik Aaryan is all set to go desi boy for the new Manyavar ads. This boy is always soaring the mercury wherever he goes. And we’re not complaining!