We’ve all heard of hit Bollywood actor-actress jodis but what really takes the cake is hit director-actor jodis, don’t you think? One such dynamic duo is Bobby Deol and the directors, Abbas Mustan. Right from Humraaz to Ajnabee, Soldier and Players, they have delivered superhits and are all set to repeat history in 2021. 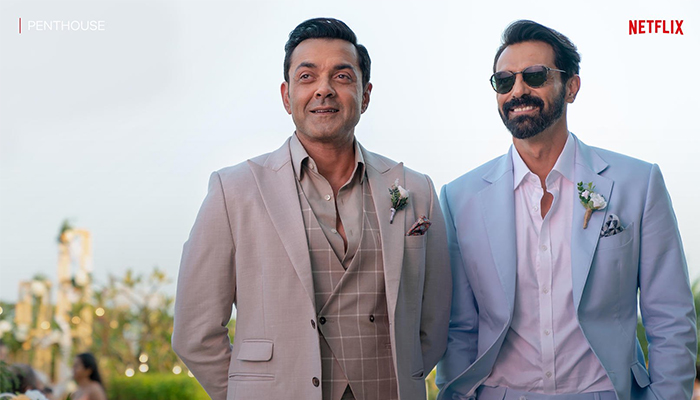 Bobby Deol has just taken to Instagram to announce his next OTT venture, Penthouse on Netflix alongside Arjun Rampal and you won’t be able to stop gushing over the handsome actors! The King of OTT wrote “What happens when 5 friends find an unknown dead body at their penthouse? A chilling thriller! Streaming soon on @netflix_in” on his Instagram post and has got all his fans in a frenzy!

While the actor satiated his fan-fam with the image shared on Instagram, what excited them further was the fact that the actor and Abbas Mustan were collaborating again after 8 years (Players was their last film together) and this will surely be the icing on the cake.

Can’t wait to hear AND see more from the King Of OTT, Bobby Deol and the Penthouse team.