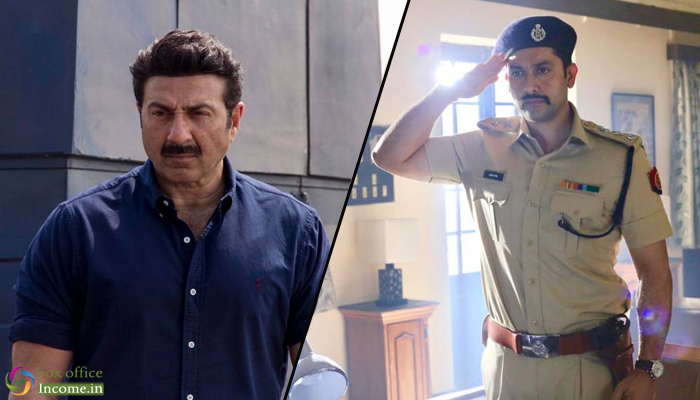 Both started their journey on a dull note, and got failed to take required jump in business graph over Saturday and Sunday. Starring Sunny Deol, Karan Kapadia, Karanvir Sharma and Ishita Dutta in lead roles, action thriller Blank has got failed to make an impact on critics as well as the audience.

On the opening day, it opened on a dull note and did the business of only 0.97 crore which is almost half of the expected figure. On the next day i.e. Saturday due to weekend, the movie witnessed little jump but still remained low and minted the amount of 1.17 crores.

Then on Sunday with little more growth, Blank raked the business of 1.58 crores and raised it’s opening weekend total to 3.72 crores {1255 screens} at domestic box office. As per the reports, it doesn’t seem to remain steady in weekdays but anything can happen at box office, so let see.

On the other hand, Shreyas Talpade, Aftab Shivdasani, Sonnalli Seygall Vijay Raaz and Pavan Malhotra starrer Setters also received negative reviews from critics. So, the movie got failed to gather enough audience in theaters outside Maharashtra.

After a dull opening of only 0.20 crore on Friday, Setters showed slight growth on Saturday and minted 0.25 crore. Following the similar trend Ashwini Chaudhary’s directorial collected the amount of 0.25 crore and with this, it’s opening weekend total domestic collection has become 0.70 crores.