One of the most-anticipated Tamil movies of the year, Bigil (Whistle) has hit theaters on Friday i.e. 26 Oct 2019. Despite the pre-Diwali time, the sports action drama has got an overwhelming response from the audience on the first day and registered a phenomenal opening across India as well as overseas. 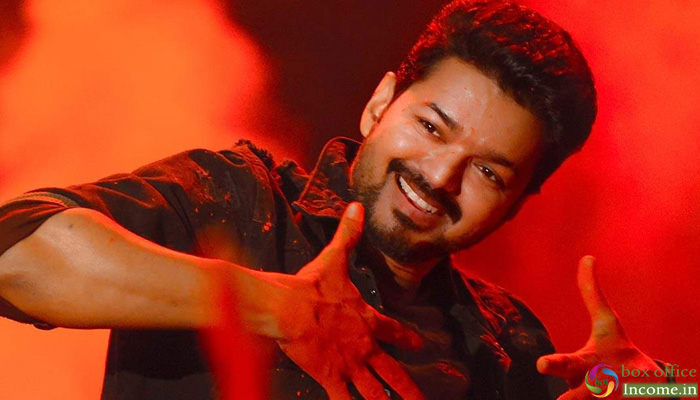 Directed by the promising Atlee, Bigil has received mostly positive reviews from the critics as well as the audience and as a result, gained a solid word of mouth. Performance given by the leading star Vijay is being appreciated by everyone, also the other actors have also acted very well.

On the opening day, Thalapathy Vijay & Nayanthara starrer opened on a whopping note and remained strong throughout. Not only in Tamil Nadu but outside the state as well, the movie showed terrific performance and registered a record opening at the box office.

As per the report, Bigil (Whistle) has grossed the Vijay career best opening numbers in Chennai with 4.20 crores. From the Tamil state, the movie has grossed 25.80 crores and collected gross of around 63 crores worldwide thereby setting a huge benchmark.

From the overseas market as well, AGS Entertainment’ production is running successfully and has grossed the opening of 63.40 crores worldwide with 39.40 crores from India. Due to positive feedback, Bigil is expected to maintain the pace throughout this festive week.