Post the success of Pushpa, celebrated singer, song-writer and music composer Devi Sri Prasad is all set to surprise his fans with his first ever Hindi single. 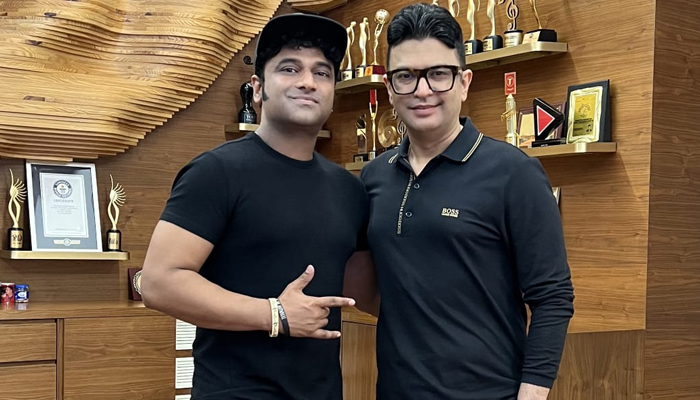 DSP, who has worked on over 100 films in the South music industry and has even given several Hindi blockbusters like Dhinka Chika (Ready), Daddy Mummy (Bhaag Johnny), Seeti Maar (Radhe), and Naacho Re (Jai Ho), became an overnight sensation Pan-India with the music of Pushpa that took airwaves by storm and even broke the internet.

While fans have been eagerly waiting for his next music offering, producer Bhushan Kumar is all set to announce a mega collaboration with the musician!

Devi Sri Prasad will be surprising fans with his first ever Hindi single in collaboration with T-Series. While details remain unknown at this juncture, DSP is all set to bring his creativity and signature sound to this track that will be mounted on a huge scale.

His recent blockbuster tracks including ‘Srivalli’, ‘Oo Antava’, ‘Saami Saami’ traveled across the country, cutting geographical boundaries and resonating with people from all corners. Producer Bhushan Kumar now provides DSP a fitting platform as he will formally make his foray in Bollywood and the Hindi film industry.