The edge-of-the-seat comedy psychological thriller Bhool Bhulaiyaa 2 starring Kartik Aaryan, Tabu, and Kiara Advani will release in theatres on 19th November 2021. With the pandemic and the lockdown last year, shoots were halted and theatres were shut down. Majority of the films began the productions in July and August 2020. 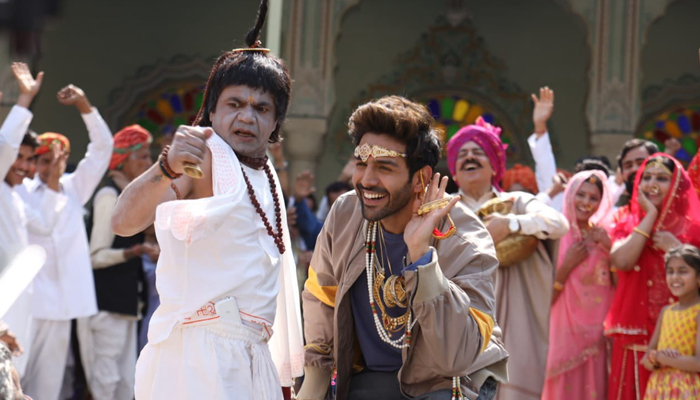 Bhool Bhulaiyaa 2 is the sequel to the 2007 film starring Akshay Kumar, Vidya Balan and Shiney Ahuja in lead roles. It was directed by Priyadarshan and Vidya Balan was heavily praised for her performance in the film. However, Kartik Aaryan had recently posted a picture of himself on Instagram along with a hilarious caption. As many films have annouced release dates in the past few dates, Aaryan wrote, “Meri koi release date announce nahi ho rahi kya.

Producer Murad Khetani took to Twitter and announced the release date of Bhool Bhulaiyaa 2. He wrote, “We’re back with this thriller comedy! Are you guys ready? #BhoolBhulaiyaa2 in cinemas Nov 19, 2021 (sic).”

This is the first film of Kartik Aaryan, this year, that has received a release date while Dostana 2 and Dhamaka’s release dates are yet to be announced.

Produced by Bhushan Kumar, Murad Khetani, and Krishan Kumar under the banner of T-Series and Cine 1 Studios, the film is directed by Anees Bazmee & written by Farhad Samji and Aakash Kaushik.