Varun Dhawan and Kriti Sanon will next be seen starring in horror comedy Bhediya which will be produced by Dinesh Vijan. Marking the third film after Stree and Roohi in the horror comedy genre, the fans are super excited to see Varun Dhawan expand his horizons. Announcing the release date of the film, the makers are elated for their upcoming venture. 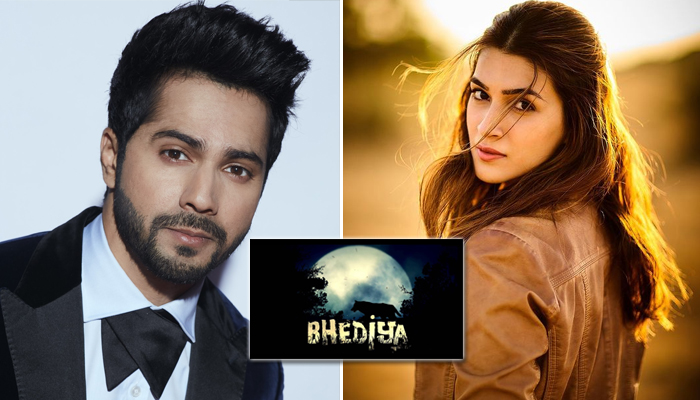 Varun Dhawan took to his Instagram story to give a heads up to his fans about the new announcement coming in regarding his project. “#BHEDIYA ka pranaam #stree ji aur #roohi ji ko (Bhediya’s greeting to Stree Ji and Roohi Ji). In theatres 14 TH April 2022,” Varun captioned his post.

Marking a reunion of the Dilwale co-stars, this is the second on-screen collaboration of Kriti Sanon and Varun Dhawan. The duo will be directed by Amar Kaushik and Bhediya is slated to release on April 14, 2022. Sharing a teaser, Varun Dhawan is seen turning in to a werewolf in the said video. Bhediya will also star Abhishek Banerjee and Deepak Dobriyal in pivotal roles.