Salman Khan starrer ‘Bharat’ has hit the cinemas on 5 June 2019 and the film is winning hearts all over. It is not only the acting and story that will grab your attention but also the costumes which played an important part in the period drama. 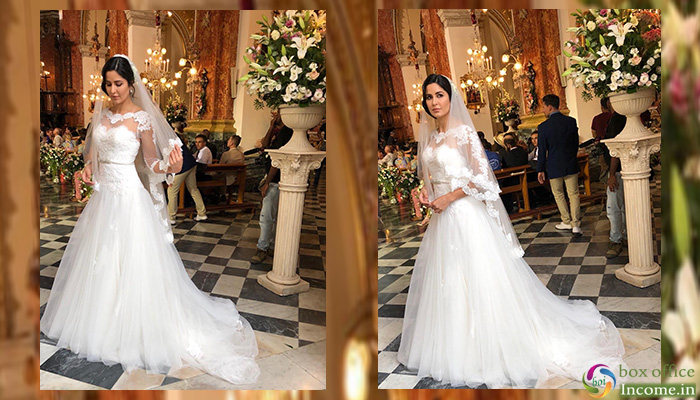 Katrina Kaif who plays the female lead alongside Salman Khan is seen wearing a stunning Catholic bridal gown for a particular scene. The film’s costume designer Ashley Rebello throws light on the making of Katrina’s bridal gown for one of the scenes in the film.

Katrina Kaif who has worn white bridal gown several times on screen in the past and looked absolutely gorgeous, be it in ‘Maine Pyaar Kyun Kiya’ or ‘Namastey London’. Making this bridal look unique & different for the actress was surely challenging, Ashley who is an expert in designing Catholic wedding gowns since almost 18 years now talks about what went behind the making of it.

While talking about his experience Ashley mentioned how difficult it was to select the perfect fabric, right tones of white, the perfect flow, putting together the whole look with the perfect hairstyle, that did justice to Katrina’s beauty.

After several attempts & alterations for the  bridal gown, Ashley & Alvira Khan Agnihotri came up with this masterpiece in which Katrina is looking nothing but stunning. The designer insisted on how only the side swept hair bun would do justice to the attire and looking at the pictures we couldn’t agree more.