While it is very common in Bollywood to witness two directors joining hands for a project, Bengali cinema has never seen a director-producer approaching another director for their home production. However, breaking the norms, Shibhoprasad Mukherjee and Nandita Roy’s Windows Productions joined hands with national award-winning director Kaushik Ganguly for Lokkhi Chhele. 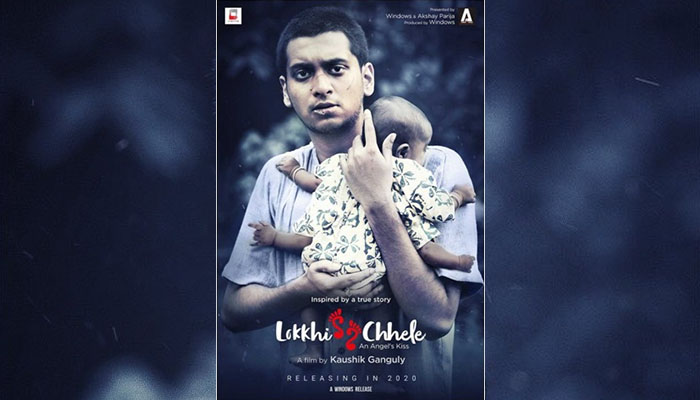 The first ever association of Kaushik Ganguly and Shibhoprasad Mukherjee has created wonders in cinema as the yet to release film Lokkhi Chele is already winning hearts at Film Festivals.

Emerging as the only Indian film to have been awarded a place in the Official Selection in the International Competition Section at the Academy of Motion Pictures (Oscars) affiliated Heartland International Film Festival 2020, Lokkhi Chele is creating history with the special collaboration.

‘Lokkhi Chhele’ tells us a story of unconditional love and compassion in a dark hour of disenchantment and cynicism, where religion is the impetus for civil war when crippling superstition and stubborn faith has blinded an independent nation. In the end, the only religion that stands strong and undefeated is humanity.

The story is based on the birth of a freak child in a Dalit family, in a remote village of West Bengal. The little child is exploited by her family, as well as the upper class landlord of the area, to mint money on religious grounds. A group of junior doctors, traveling through the village, discover the child. They try to rescue her. In their effort to break the shackles and myth that society has built in the name of religion, they face a lot of hurdles. Whether they succeed or not forms the crux of this story.