Ever since the news of Sakhiyan 2.0 was out a few days ago and subsequent to its teaser launch, there has been a lot of frenetic buzz. Finally the wait is over now. The song is all yours for listening and viewing pleasure. 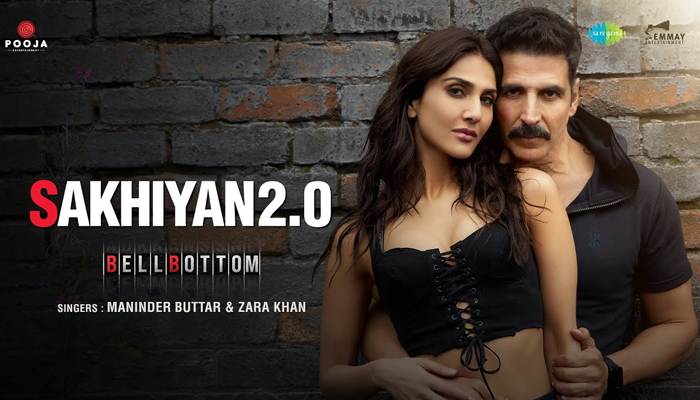 Sharing the song on social media, Akshay Kumar wrote, “Can’t wait for you guys to feel the Sakhiyan2.0 vibe, song out now (sic).”

The song features the lead pair Akshay Kumar and Vaani Kapoor, and we have to admit that their chemistry looks sizzling. Be it the location, the scenes or the chemistry between Akshay and Vaani, everything looks perfectly, and it will make you fall in love.

It is a rendition of Maninder Bhuttar and Zara Khan’s 2018 hit song. The new song is composed by Buttar and Tanishq Bagchi. The composers have also penned the lyrics with Babbu.

Bell Bottom is based on a true story of plane hijacks that shook India in the 80s. While Akshay plays the lead role in the film, Lara Dutta will be seen in the role of former Prime Minister Indira Gandhi, who was in power at that time. Huma Qureshi also plays a pivotal role in the film. Directed by Ranjit M Tewari, the film will release in theatres in 3D on August 19.