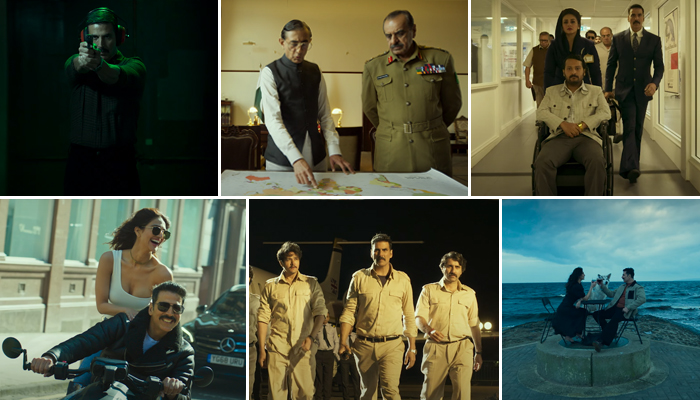 Team ‘Bellbottom’ launched the piping hot trailer today in Delhi’s PVR Priya, a single-screen theatre that was also the birthplace of PVR multiplexes. This was a hugely symbolic and nostalgic moment to welcome the enduring legacy of big-screen entertainment.

The trailer of Akshay Kumar starrer shows full of actions, blockbuster dialogues, outstanding performance and patriotism and will hold you onto your seats. We are sure that after watching the trailer, it will be difficult to wait till the release of the film.

The film features an all-star cast, lead by Akshay Kumar in the lead role along with Vaani Kapoor, Lara Dutta, Huma Qureshi, Aniruddh Dave, Adil Hussain and others. Directed by Ranjit M Tewari, is all set to release in theatres in 2D and 3D on August 19.