Akshay Kumar on Monday shared the much-awaited teaser of his upcoming spy-thriller ‘Bell Bottom’ with his fans and followers on social media. He was the first actor to resume shooting after the lockdown was lifted. The actor flew to Scotland to resume shooting for Bell Bottom. 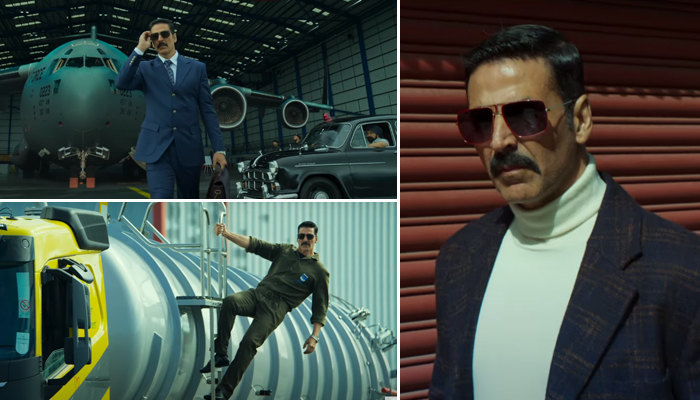 Bell Bottom was one of the first Bollywood films in the Covid era to be shot internationally. Directed by Ranjit Tiwari, the film is based on the plane hijacks that took India by a storm in the early 1980s. Akshay plays a spy in the action espionage thriller. It also stars Lara Dutta, Vaani Kapoor and Huma Qureshi among others.

Sharing the teaser of the film, Akshay Kumar took to his Twitter to take us back to the ’80s with Bell Bottom. In the teaser, Akshay Kumar is seen sporting the turtleneck sweaters and the classic bell-bottomed pants with a blazer, looking as dapper as ever. Since we’re talking about Akshay Kumar, he will also be seen doing stunts in the film and is seen riding an oil tanker.

Well, in the past few weeks, fans were rejoicing the announcement of the release date of his other film Laxmmi Bomb. Now, as promised Akshay has released the teaser of Bell Bottom. After watching it we just cannot keep calm. Have a look at the teaser below..