The much hyped magnum opus, director Jayathirtha’s film Banaras launched its first look and motion poster at the Kanterava Film Studio Bangalore as a small tribute to late actor Puneeth Rajkumar. The Film will be released in five different languages, marks the debut of Zaid Khan and Sonal Monteiro as the leading lady. 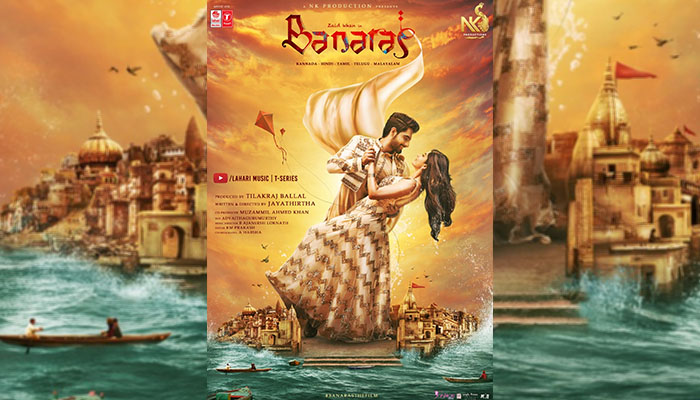 Motion poster of the Film Banaras is out on the official YouTube channel of T- Series and Lahari Music. The beautiful Ghats and lively streets of Kashi have always tempted the motion artists to weave a story around them, Banaras gives prominence to the culture and the city in the most aesthetically pleasing way possible. By the looks of the motion poster, audience is in for nothing less than a mind blowing master piece.

Lead actor of the film, Zaid Khan says “Entering in the world of cinema with Banaras is a dream come true, couldn’t have asked for more. To be launched in an out and out commercial film, with the guidance of Jayathirtha sir and entire team of film Banaras, was an honour. It was absolutely an enriching experience working for this film”.

Director of the film, Jayathirtha says “We are all storytellers driven by our love for cinema in all its vibrant forms. Banaras is a film very close to our hearts. From launching new actors Zaid Khan and Sonal Monteiro to getting the gaze of the film right, we have done our best in this film showing the beauty, culture & ghats of Banaras with thrilling Storyline, I am sure audience will love it as much as we enjoyed working for this film.

Producer Tilakraj Ballal says “We have been waiting for this day since long and now with the poster of the film Banaras being out cant wait for the audience to see all the hard work we have put in the film.”

Music Director Ajaneesh Loknath says “I am super thrilled with the first look and motion poster of the film Banaras being out. Music is always the soul of the film and eagerly waiting to present the music of this film to the audience.” 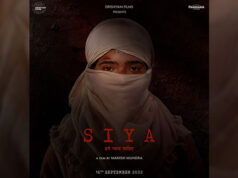