Directed by Sujoy Ghosh, starring Taapsee Pannu & Amitabh Bachchan, Badla has passed its fourth week on a decent but steady note and added a few more crores to its massive total at the domestic box office. Despite having the highly-appreciated Kesari in the opposite, it is performing good enough. 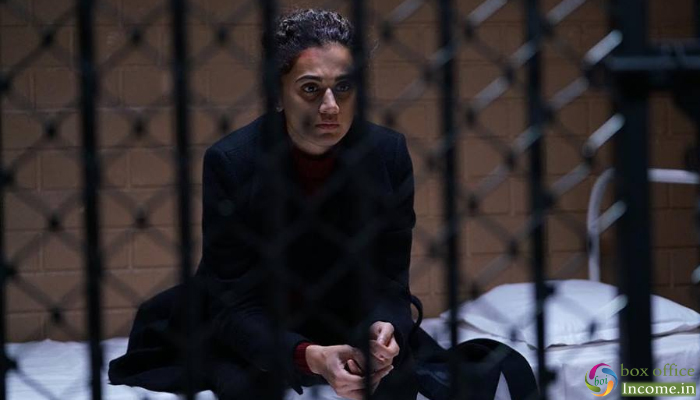 Badla opened to rave reviews and then went on to impress the audience big time. No wonder, it’s still drawing the crowd to the cinema halls. Apart from Big B and Pannu, the film also stars Amrita Singh in a pivotal role along with Malayalam actor Tony Luke, Manav Kaul, and Tanveer Ghani.

Produced by Red Chillies Entertainment, Badla has got succeed to entertain many in theatres and gathered a solid word of mouth. As a result, it registered the superb business of 38 crores in the first week which included 23.20 crores in the weekend and 14.80 crores on weekdays.

In the fourth weekend, it showed better performance than expected and raked the business of 3.35 crores which included 0.70 crore on Friday, 1.20 crore on Saturday & 1.45 crores on Sunday. Then on weekdays also, the murder mystery remained steady and minted 0.55 crore on 4th Monday, 0.50 crore on 4th Tuesday & 0.45 crore on 4th Wednesday.

On the next day i.e. 4th Thursday, with a minimal decline, Badla bagged the amount of 0.40 crore and raised its 4 weeks total collection to 83.69 crores nett at the domestic box office. The film is made on a reported budget of Rs 10 crore and is inspired from Spanish film The Invisible Guest.