Amitabh Bachchan’s latest offering Badla is doing very well at the box office. After passing its third weekend on a good note, the movie showed good performance on Monday as well despite the newly released Kesari and IPL 2019. 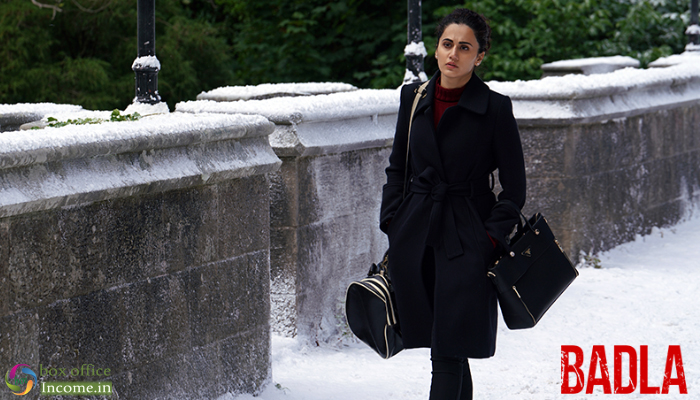 Produced by Gauri Khan, Badla opening on a decent note but showed an excellent performance afterward due to positive word of mouth and registered the business of 38 crores in the opening week, that included 23.20 crores of the weekend and 14.80 crores of weekdays at the domestic box office.

In the second week as well, Sujoy Ghosh’s directorial maintained a solid pace and did the business of 29.32 crores that included 18.97 crores of the weekend and 10.35 crores of weekdays. After the 2 weeks, the total collection of the movie had recorded 67.32 crores.

Then in the third weekend, Badla witnessed a slight slow-down due to the biggie Kesari but still managed to remain steady and minted 6.86 crores, that included 2.07 crore of Friday, 2.65 crores of Saturday and 2.75 crores of Sunday.

Now Red Chilles Entertainment has stepped-in on weekdays and faced a considerable drop as usual. On 3rd Monday, Taapsee-Amitabh-Amrita starrer this myserty crime thriller drama dropped and bagged the amount of 1 crore.

With this, the total collection of Badla after 18 days, has become 75.79 crores at the domestic box office. Sujoy Ghosh directed film should come close to the 80 crore before the week is through.