Amitabh Bachchan and Taapsee Pannuu’s Badla is refusing to slow down at the box office despite being in its third week. In just 17 days, Badla has become one of the biggest mid-budget hits of all time. 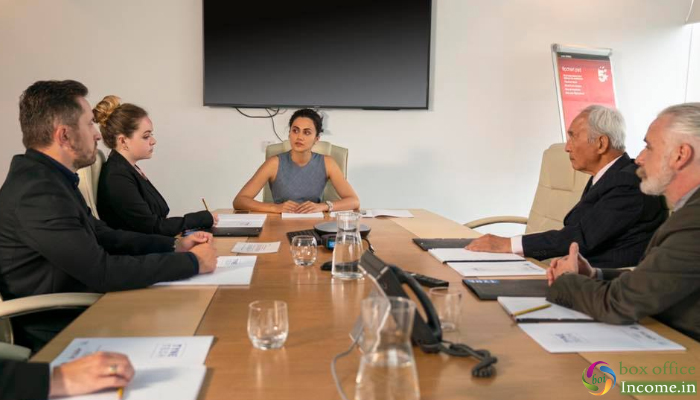 Produced by Gauri Khan under the banner Red Chilles Entertainment, Badla has received mostly positive reviews from the viewers for its interesting and unusual story-line. As a result, it remained strong throughout the opening week and did the business of 38 crores with 23.20 crores on the weekend and 14.80 crores at the domestic box office.

Then in the second week as well, Sujoy Ghosh’s directorial has maintained a very good pace and registered the business of 29.32 crores that included 18.97 crores on the weekend and 10.35 crores on weekdays from 1770 screens. After 2 weeks, the total collection of the movie was recorded at 67.32 crores.

Now Badla is running in the third week and despite several new releases, it passed the weekend on a solid note. On 3rd Friday, it more drop and raked the business of 2.07 crores. Then on 3rd Saturday, it took a little growth and minted the amount of 2.65 crores.

On the next day i.e. 3rd Sunday, Taapsee-Amitabh-Amrita starrer managed to collect the amount of 2.75 crores and raised its 17 days total collection to 74.79 crores. Next major target for the Sujoy Ghosh directed film is to go past the Andhadhun lifetime of 75.60 crore.