Despite having the newly released Kesari, Amitabh Bachchan and Taapsee Pannu starrer mystery crime drama Badla is showing steady performance at the box office. Due to strong word of mouth, the movie has passed last 2 weeks on a strong note. 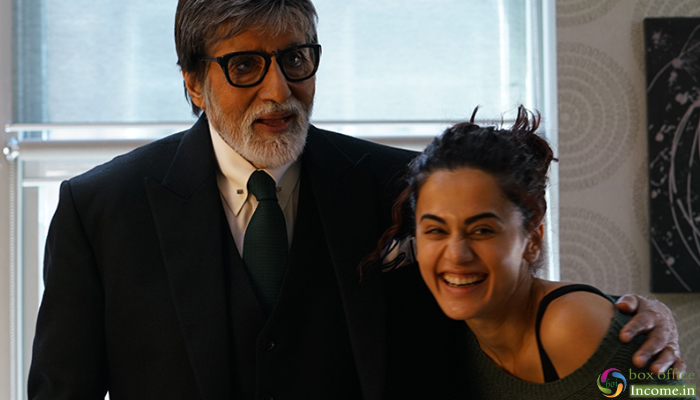 The mystery crime thriller Badla has received very positive reviews from the critics as well as the audience for its impactful story-line and powerful screenplay. As per reviews, once again Taapsee Pannu has proved her mettle and is being appreciated by the everyone for her brilliant performance.

After 2 weeks, the total collection of the movie was recorded at 67.32 crores nett. Now Badla is running in the third weekend and still has a good hold over the audience. On 3rd Friday, it faced little drop than the previous day and minted the amount of 2.07 crores.

With a fair jump on 3rd Saturday, Red Chillies Entertainment’s production bagged the amount of 2.65  crores and raised 16 days total collection to 72.04 crores now and should comfortably go past the 75 crore mark before the weekend is through. It would continue collecting post that as well which means a lifetime in the range of 85-90 crore cannot be ruled out.