One of the most-awaited trailer of the year 2020, starring Tiger Shroff and Shraddha Kapoor is out now. The makers of Baaghi 3 have released the trailer of the film and we must say the film has some high notch unique action to offer. Baaghi was helmed by Sabbir Khan, while Baaghi 2 and 3 has been directed by Ahmed Khan. 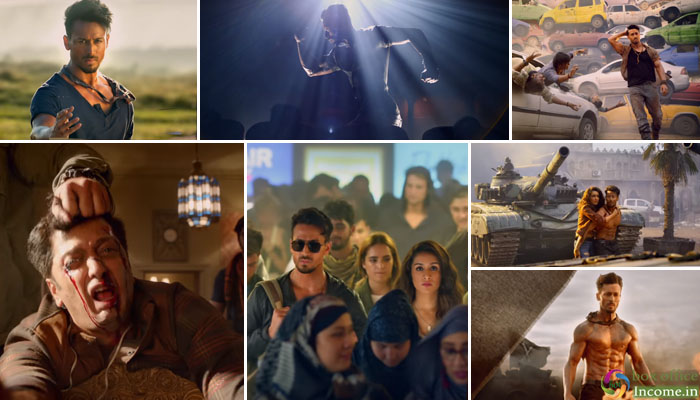 The 3 minutes and 41 seconds trailer shows Ronnie (Tiger Shroff) and Vikram (Riteish Deshmukh) are brothers who share an unbreakable bond. Since childhood, Ronnie always comes to the rescue whenever Vikram falls in any trouble. Their journey begins when a certain turn in events, leads Vikram to travel abroad to complete some work.

On this trip, Vikram gets kidnapped by people who are not to be messed with but as Ronnie witnesses his brother getting beaten and kidnapped, he knows that he will do whatever it takes to destroy anyone and anything that stands in the way of Vikram’s safety. Ronnie goes on a rampage of destruction to see his brother safe again, even if it means that he independently has to take on an entire country.

The 29-year-old actor Tiger Shroff dominating each and every scene. As expected, he is seen flexing his muscles throughout the trailer. There are some impressive high-octane action sequences. Baaghi 3 reportedly marks Tiger’s first film with his father Jackie Shroff. The veteran actor has a cameo in the film. However, we didn’t get a glimpse of him in the trailer.

The first poster of the film that came out the day before yesterday was packed with action as it had a bare chest Tiger standing in front of a military tank with a gun in his hands. The tagline said, “This time he is up against a Nation.” The team has shot for the same in many foreign locations. Baaghi 3 is set to hit the big screens on March 6, 2020.