Actor Arpit Chaudhary, who was known for Kuch Rang Pyar Ke Aise Bhi (2016), Suspects (2014) and Evening Shadows (2018), is all set for her upcoming release, Fastey Fasaatey. The actor talks about his role in his upcoming movie Fastey Fasaatey. 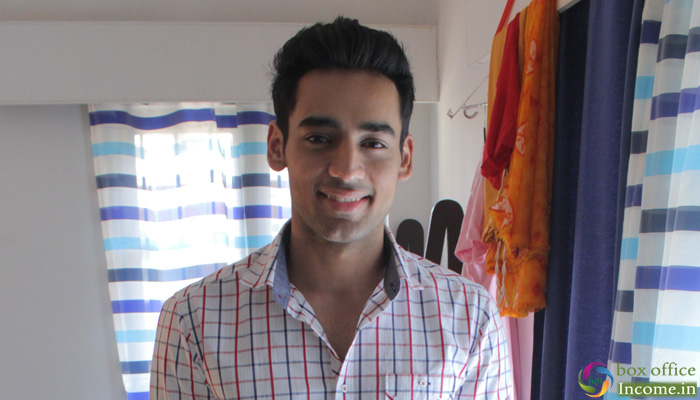 I play the character of AkashSinghal, who works in a bank and is a regular guy with a good job in his hand. He is one of those people who strongly believes in his family and the values that they have brought him up with. Then, comes this girl in his life called Anisha. They both get attracted to each other and Akash starts living with her, without his family knowing about it.

At one point, he is pressurized by his family to get married within a specific time limit due to certain reasons, which Akash very well understands, and thinks that there is no one better than Anisha for him to spend his life with. But Anisha being a free spirited girl who wants to have fun in her life at this point of time is not ready for any commitment. Akash lies to her and his family too. His best friend Dev flies all the way from London to help him out with an intention to save Akash from his situation.

One lie then leads to another, tending to make the situation even more messier than it already was. Akash does mean well for everyone, but two words that strongly define him at a lot of places in this movie are his innocence and vulnerability. He is not afraid to show this side of his when required. This I personally think requires a lot of heart for a person to do so. What happens to Akash later is something we all have to find out when we watch the movie.

How did you bag the role?

I am a strong believer in Jesus in my personal life and I know for a fact that along with my hard work, he has played a major role in getting me at the right place, at the right time. Also, there is this beautiful person called Gitanjali Singh (an actor and model herself), who knew about this project and was kind enough to refer me to our Director, Mr Amit Agarwal, at the time when he and his team were looking to cast the character of Akash.

There is this TV commercial I had already done for this brand called Abof and Amit Sir could see glimpses of his character Akash in the TVC itself when I had sent him my profile. He then met me and asked me to audition with Casting Director, Mr Vicky Sidana. Vicky Sir and his team gave me 2 different scenes to perform and when they were convinced, they took me on board. Plus, we had workshops before going on floors for our shoot, and I hope they were further convinced that I will be playing the character of Akash.

Experience of working on the film

It was a unique experience shooting for the entire project, as I got to meet so many experienced actors and technicians. The plot of the film itself is very simple and straightforward and we all had a lot of laughs while shooting for it. I think those memories are something which I have taken back with me and I definitely got to learn a lot more than I already knew of working on set.

Particular experience which is a good memory

Sharib Hashmi and me shared a very good bond on set and the way we used to make funny voices and make everyone laugh was a memory I always cherish. Also, Anusha Jain, who plays my sister in the movie is very affectionate towards me and there is a scene where she had to slap me for some reason and the fact that she was being so hesitant to do so even on screen and had to go through a few takes (more slaps for me) to get it bang on, was painful but at the same time showed how much affection and care she had for me. It is a small little cute memory which I will remember.

Expectations from this film

We have all made this film with a lot of heart and I just expect it to give the audience a wholesome entertainment with its comedy and its emotional moments at the same time. I basically would like to see a smile on everyone’s faces when they come out of the cinemas, after watching this film.

I have a lot of respect for our Director, Mr Amit Agarwal, not only because he gave me work in this project, but also because he is genuinely a beautiful person at heart. He never shows or says it straight up, but he has his own way of showing affection towards me and people around him. I can just feel that love for me, from his vibe when he is around.

From being absolutely crystal clear about his script since day one, he knew exactly what he wanted from everyone involved in the project. Not only did I get to learn a lot from him, but I also got to learn how he deals with people and how patient he was with everyone from narrating the script to each and every department to the execution of the project, and to how wisely the team that he chose. He is a person whose word is actually his bond, and these are a few traits of him that I will not forget.

All the actors look their part and I am pretty sure that they have done a great job. I got something or the other to learn from all of them, not only as actors but also for the person that they are and the individuality that they carry.