Armani Exchange is pleased to announce a collaboration with Kartik Aaryan for its Fall 2019 watch campaign. The heartthrob of Bollywood will represent selected styles of Armani Exchange watches through 2020. 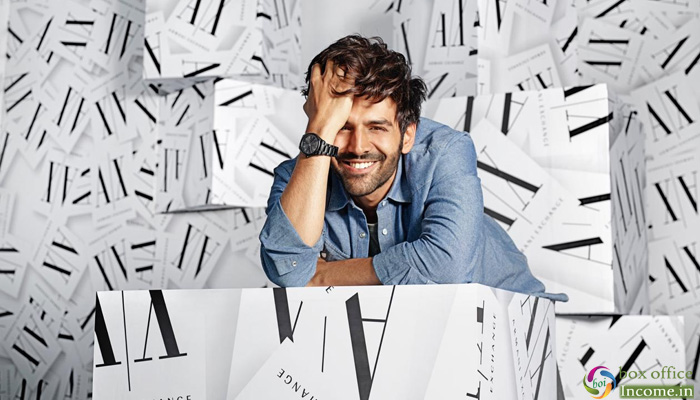 The 28 year old made his acting debut in 2011 and by 2015 rose to fame with his superhit film Pyaar ka Punchnama 2. He made his entry in the 100 crore club last year with his release Sonu Ke Titu Ki Sweety and this year’s hit Luka Chuppi has made him a nationawide youth icon.

The A|X Armani Exchange Fall 2019 watch collection features high-impact designs, enlivened by strong tones of white, black, electric blue and khaki. The new collection will be available on armaniexchange.com as well as in select department stores globally and at Armani Exchange stores all over the world.

Aaryan went on to play the romantic interest of the lead female characters in Akaash Vani (2013) and Kaanchi: The Unbreakable (2014), but these films failed to propel his career forward. He subsequently collaborated with Ranjan and Bharucha in two more buddy films, Pyaar Ka Punchnama 2 (2015) and Sonu Ke Titu Ki Sweety (2018).

Both of which were commercially successful but received criticism for their misogynistic themes. The latter proved to be a breakthrough for Aaryan, and he followed it by starring in the romantic comedy Luka Chuppi (2019), which also a hit.

Meanwhile, on the work front, Kartik Aaryan has many projects in the pipeline starting with Pati Patni Aur Woh which is scheduled to release later this year. This will be followed by Aaj Kal, Dostana 2 and Bhool Bhulaiyaa 2.