Armaan Malik’s ‘Tootey Khaab’ produced by T-Series is grasping attention all over, the song has done wonders and it has crossed 10 million views on You Tube in no time. Armaan Malik has a number of chartbusters like ‘Main Rahoon Ya Na Rahoo’, ‘ Ghar Se Nikalte Hi’, ‘Pyaar Manga Hai’ to his credits. 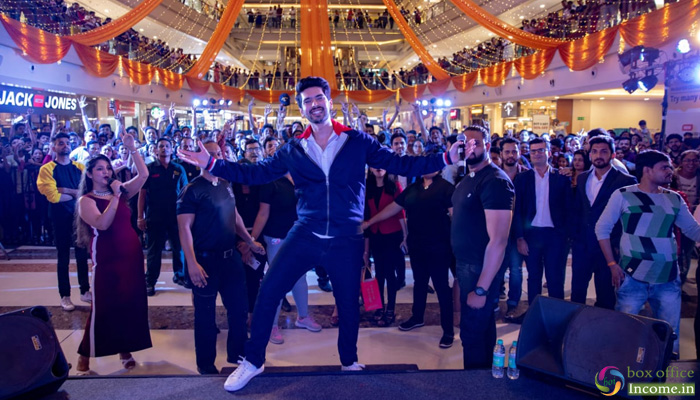 His latest break up song is a complete burst of emotions and love, which is climbing the ladder of success and the singer is surely unstoppable now and it has created an immense buzz among his fan club which brought them to celebrate his success together in the city that turned out be a grandeur event.

Armaan Malik has turned out to be one of the bankable singers in the industry with an abundant fan following, and the singer is been receiving heart-warming comments and love from all over India. We can certainly count on the singer for giving us more chartbusters in future.

Armaan has also been a part of T-Series’ Mixtape in both the seasons. He sang the mixed version of songs Tose Naina-Tum Jo Aaye in season 1. In season 2, he sang Tum Hi Ho-Rehnuma and Darkhaast-Aankhon Mein Teri‘s mixed version.

He sang a song in De De Pyaar De composed by Amaal and lyrics by Kunaal Verma. The singer has also lent his voice for Mena Massoud as Aladdin, in the Hindi version of the much awaited American musical fantasy Aladdin. In addition he also sung the songs in the Hindi for the film The Lion King.