Riding high on the mega success of Kabir Singh, Arjan Bajwa is set to spring a huge surprise on the audience and his fans with his big debut in the digital world. The actor is playing a lead role of an NSG Black Cat Commondo in Zee 5 State of Siege 26/11, which is based on the horrific 26/11 Mumbai terror attacks. 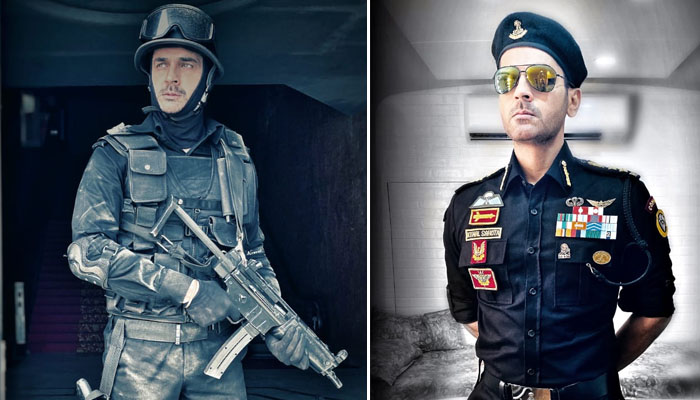 The talented actor known for his charming personality and rich baritone will be seen in a never seen before avtaar and has left no stone unturned in putting his best effort to look and act his part.

The actor who had to sport a lean look for his character, informs, “I’ve worked really hard to get the required lean frame. The entire process of getting into the garb of an NSG Commando was a memorable experience. It took me couple of weeks to get in shape. I’ve also learnt handling weapons during the workshops which the Commandos use to look right for the part you play. NSG commandos operate differently and I’ve learnt most of that.”

“The entire world should know that Colonel Sunil Sheoran, who lead his entire team to eradicate the terrorists. He was known as Bullet catcher who survived 3 bullet shots including one on his face while fighting the insurgents in North east”, he adds.

Well with such high dedication towards his craft, we are excited to see what Arjan has in store for all of us. The much awaited the series State of Siege 26/11 is going to release on 20th March, 2020 & we can’t wait anymore!