Amyra Dastur, who was last seen in Judgementall Hai Kya, has been winning hearts ever since she has stepped into the industry. She is vivacious, lively and makes sure that she gives in her 100% conviction to the role that she takes up. 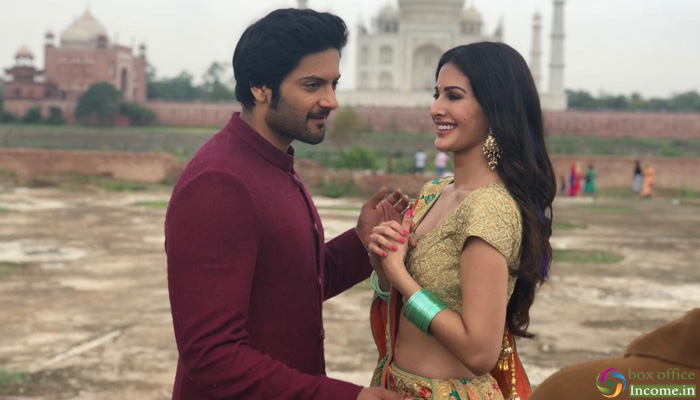 She will next be seen in a mega project Prassthanam along with Ali Fazal. Just recently, we got to see her romantic number Dil Dariyan which is one soulful track. The song looks vibrant but do you know what behind the song and how Amyra took help from the ladies in the village while she was shooting for the song.

In a statement, Amyra said, “I took help from the ladies in the village while shooting for Dil Dariyan.  They helped me learn how to balance the Matka filled with water on my head. It was indeed very happy and while I was practicing it, I broke at least 4-5 matkas.”

“They gave me their special dupatta that they twist and tie in a special way to balance the heavy matka with ease. They also taught me how to perform the special aarti that I do for Ali in the song. The song had all the ladies in the village walking down the steps on the ghat with me in the song holding the lit diyas. The shooting happened in a remote village on the outskirts of Lucknow,” added Amyra.

It will be interesting to see what Amyra has to get on board with her character in Prassthanam. The movie stars Sanjay Dutt, Manisha Koirala, Jackie Shroff, Chunky Panday, Ali Fazal, Satyajeet Dubey & Amyra Dastur in the lead roles. Prassthanam is a Hindi remake of the 2010 Telugu film of the same name. It is directed by Deva Katta and will release on 20 September.