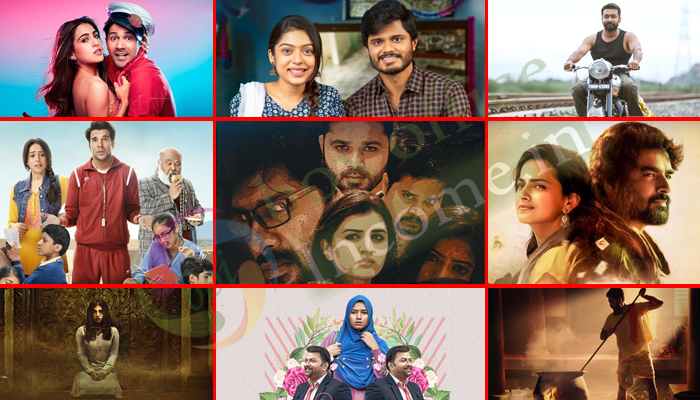 Coolie No.1:- The David Dhawan film, a retread of his 90s blockbuster starring Govinda an Karisma Kapoor, will release on the OTT platform on December 25, making it the Christmas release. The film, which was made for the big screens and was initially supposed to release in May, was delayed due to the pandemic. It stars Varun in a double role and a few posters from the film have already been shared by the stars.

Durgavati:- Bhumi Pednekar’s Durgavati, which is being produced by Akshay Kumar, will also release on Amazon Prime on December 11. A horror film, it is reportedly the remake of the South film Bhaagamathie that starred Anushka Shetty.

Chhalaang:- Rajkummar Rao and Nushratt Baruchaa’s Chhalaang will come out on November 13. The Hansal Mehta directorial was initially called Turram Khan. It was also slated to release earlier this year.

Soorarai Pottru:- Suriya’s Soorarai Pottru will be released on October 30. It is one of the biggest Tamil films to see a direct OTT release this year.

Kannada film Manne Number 13 will release on November 19, Bheema Sena Nalamaharaja will land on October 29. Telugu film Anand Devarakonda’s Middle Class Melodies will come out on November 20 while Zakariya Mohammed’s Malayalam film Halal Love Story will be out on October 15.