S.S. Rajamouli’s RRR has been in headlines ever since it was announced. The film boasts an ensemble cast from the sourthern circuit, Bollywood and international stars. The team finished shooting for their schedule recently and Alia Bhatt who has a pivotal role in the movie shared her experience on shooting for the film not just in Hindi but Telugu as well in an interview with a leading daily. 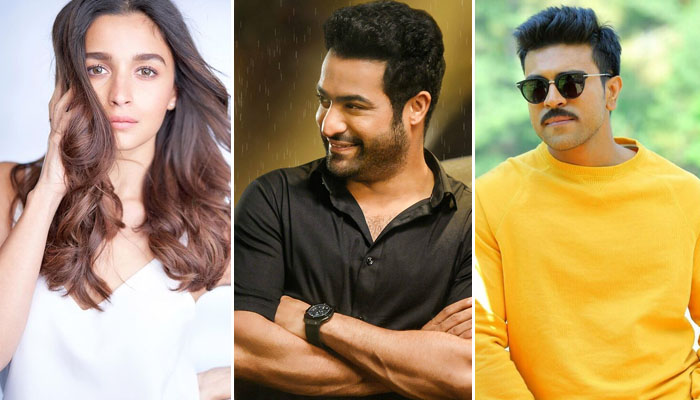 Alia shared, “Shooting for this film was a very different experience for me because along with Hindi, I also had to shoot in Telugu, which is a language I don’t know. I literally lived with the lines for a year and a half. By the end of it I was speaking my lines in my sleep.”

She further added, “I was waking up and saying my lines for breakfast, snack and dinner. I’m extremely excited and thrilled to be a part of this film to be directed by Rajamouli sir and to work with these extremely talented and larger than life actors Junior NTR and Ram Charan.”

RRR stars Ram Charan and Junior NTR in the lead along with Alia Bhatt, Ajay Devgn and Shriya Saran. The movie also stars Ray Stevenson, Alison Doody and Olivia Morris. The shooting for the film resumed in October post lockdown and Alia Bhatt joined the team in first week of December and recently completed her first schedule. It is the first time the audience will witness Alia Bhatt speak Telugu in a film.

Directed by ace director S.S Rajamouli and bankrolled by DVV Danayya under the banner of DVV Entertainment Banner, the film is a period drama that narrates a fictional take on the younger days of celebrated freedom fighters Komaram Bheem and Alluri Seetharamaraju. RRR is set for release in Telugu, Hindi, Tamil, Malayalam and Kannada alongside several other Indian languages.