Akshay Kumar, Jacqueline Fernandez and Kriti Sanon are all set to be seen in Farhad Samji’s ‘Bachchan Pandey’. On Tuesday afternoon, Akshay took to social media to announce the release date of the film along with two new posters. 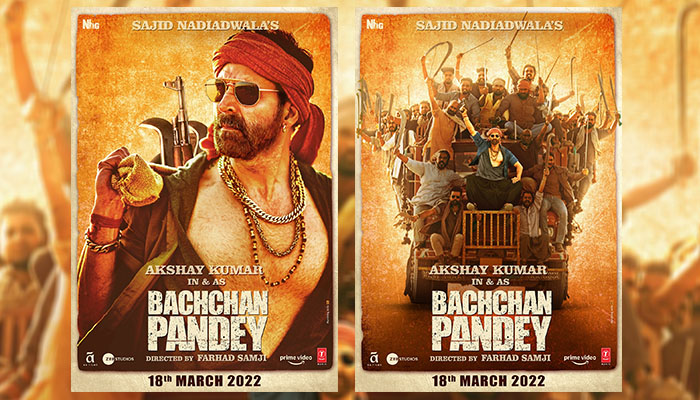 Akshay revealed that the film will release in theatres on the occasion of Holi this year. Sharing the posters on Instagram, the actor wrote, “Action ✔️ Comedy ✔️ Romance ✔️ Drama ✔️ L-O-A-D-I-N-G this Holi! #SajidNadiadwala’s #BachchanPandey in cinemas on 18th March, 2022 🎬 Directed by @farhadsamji” Have a look:

Earlier, Sajid Nadiadwala, who is producing ‘Bachchan Pandey’, spoke to ETimes and said that he has always made films for theatres. He shared, “All my films rate in the top 10 films on satellite, but, for me, my films are meant for cinemas and that is where they will always release.”

Meanwhile, Akshay has a lot of projects in the pipeline. He will be next seen in ‘Ram Setu’ which also stars Jacqueline. He also has ‘Raksha Bandhan’, ‘Prithviraj’, ‘Selfiee’, and ‘Cinderella’. He will also be making his OTT debut soon.