On the occasion of Dussehra, Akshay Kumar took to his Instagram account to share a major update with his fans. Announcing the trailer release date of his much-awaited thriller film Ram Setu. Kumar confirmed that the trailer unveils on October 11, 2022. 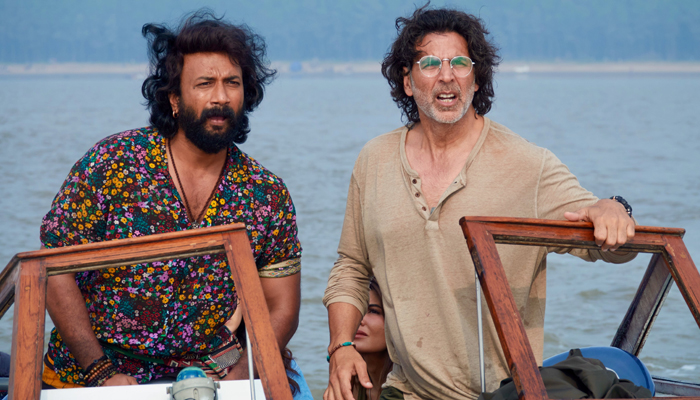 Sharing a black and white photo on Twitter showcasing his look, the actor wrote, “The eagerness with which you are waiting for the #RamSetu trailer is making us work even harder.We are so grateful for the love you showed on the teaser. To answer the burning question. The Ram Setu trailer will be out on 11th Oct. Get ready to deep dive into the world of Ram Setu.”

The story of Ram Setu revolves around an atheist archaeologist turned believer, Aryan Kulshrestha (Akshay Kumar), who must race against time to prove the true existence of the legendary Ram Setu before evil forces destroy the pillar of India’s heritage.

The film also stars Satyadev Kancharana, Nushrratt Bharuccha, Jacqueline Fernandez and M. Nasser in primary roles. Promising to be a fast-paced, action-adventure entertainer for the entire family and with a never-seen-before visual scale, Ram Setu is written and directed by Abhishek Sharma (Parmanu, Tere Bin Laden) and is slated for a Diwali release worldwide.

The film is produced by Aruna Bhatia (Cape of Good Films), Vikram Malhotra (Abundantia Entertainment), Subaskaran, Mahaveer Jain, and Aashish Singh (Lyca Productions) and Prime Video with Dr. Chandraprakash Dwivedi as the Creative Producer. Ram Setu will be distributed worldwide in theatres by Zee Studios. Ram Setu will be in theatres 25th October, 2022. Now, Ram Setu is all set to clash with Thank God on the big screen during Diwali.