Bollywood star Khiladi Kumar aka Akshay Kumar has revealed the release date of his upcoming horror-comedy film Laxmmi Bomb. He is all set to play the role of transgender in his next Laxmmi Bomb also starring Kiara Advani. 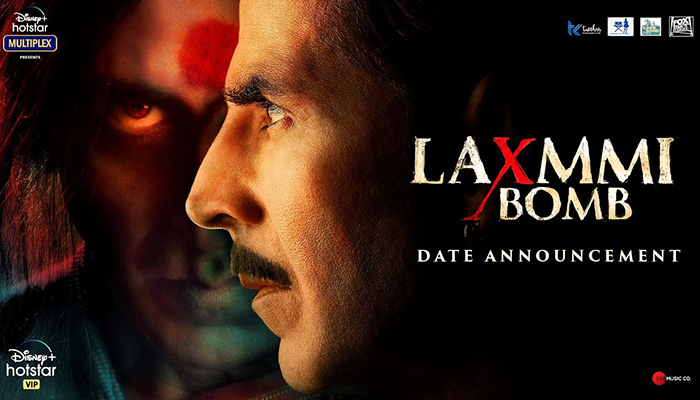 Laxmmi Bomb is one of the most awaited films of Akshay Kumar since its announcement and the superstar took to his Twitter to announce the big news with a surprise teaser. The Akshay Kumar and Kiara Advani starrer film is all set to release on Disney+ Hotstar on November 9.

In this teaser, which first flashes the sentence, “When Outcast becomes Outraged.” A voiceover is then heard saying, “Aaj se tumhara naam Laxman nahi, Laxmi hoga,” as Akshay’s face is shown transforming from a man to a woman. Written by Raghava Lawrence and Farhad Samji, the film also stars Tusshar Kapoor, Sharad Kelkar, Tarun Arora and Ashwini Kalsekar.

Laxmmi Bomb is a remake of Tamil film, Muni 2: Kanchana, which was a massive success and is part of the blockbuster Muni and Kanchana horror-comedy franchise of films, which catapulted actor-director-choreographer Raghava Lawrence to fame. Laxmmi Bomb is produced by Akshay Kumar’s Cape of Good Films, Shabina Khan, Tusshar Kapoor and Fox Star Studios.