Ajay Devgn who will be next seen in a sports drama film titled, Maidaan is one of the most anticipated films of this year. Today morning, Ajay shared the teaser poster on his social media account and we must say that it is the correct tease to stir the excitement amongst the football fans. 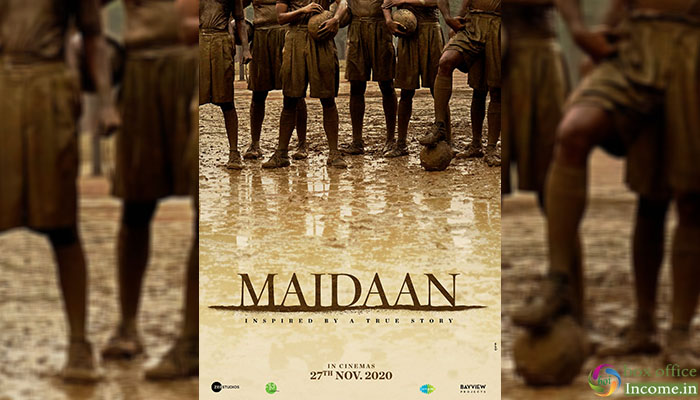 Sharing the teaser poster, Ajay wrote, “#MaidaanTeaser – Get ready for Maidaan! 27th November 2020” with a football emoji. Recently, we got to know that National Award-winning actress Keerthy Suresh has been replaced by The Family Man fame Priyamani in the upcoming Bollywood film.

The film is based on Syed Abdul Rahim and revolves around football. The poster captures the essence just right. We can see a group of boys standing amidst mud all covered with it. The picture refers to them being playing with balls in hands.

Talking about the film, Ajay had told PTI in an interview, “It is a fabulous story, director Amit Sharma has done a great job. Times have changed, storytelling has changed. There are no deliberate commercial elements added to a film today, be it a song or the romantic angle. Maidaan has been very moving and emotional journey for me.”

Syed Abdul Rahim was the manager and coach of the Indian Football team between 1950 to 1963. He was the one who led the team to the Asian Games and came home victorious. Maidaan directed by Badhaai Ho fame Amit Sharma and is slated for a November 27, 2020 release.