Last month, Adnan Sami made a sensational comeback on the Indian music scene with his brand new single Tu Yaad Aya. The achingly beautiful melody has proved to be the perfect comeback vehicle for the celebrated musician. The song is a gigantic hit among the youth and on streaming platforms. The song has recorded over 17 million plus views on YouTube and it success shows no sign of stopping yet. 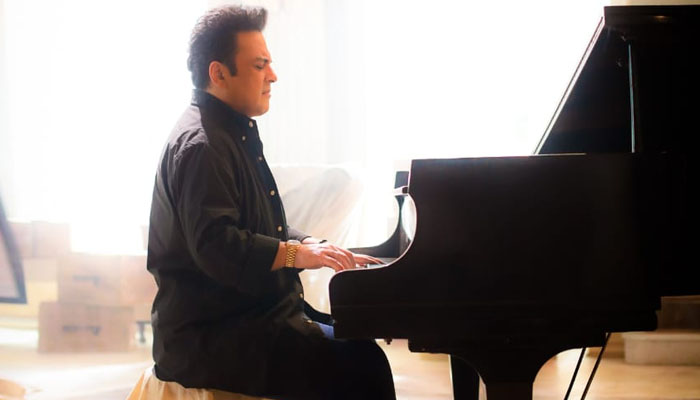 Taking the success story ahead, Sami has now come up with a Farsi as well as a Pashto version of the heart-touching number, titled Ba Yadam Asti (in Farsi with lyrics by Asad Badie) and Biya Biya Yaadigi (in Pashto with lyrics by Parhiz Saghiwal). Adnan felt the need to do it for his fans and for the love they have showered on him through the years.

He explains, “My family lineage can be traced to Afghanistan. My paternal great grandfather was from Afghanistan. My grandfather was the governor of four Afghan provinces under King Amanullah Khan’s time and was also the King’s first cousin. So my family has had old ties-relations with the royal family as well. I have had this affinity and association with the people over there. I have received tremendous love for my work in music from them. The languages spoken in Afghanistan are Farsi and Pashto. It was my commitment and promise to the people over there that someday I would do something in both these languages.”

Adnan calls the two new versions of Tu Yaad Aya his ‘humble tribute to the people in Afghanistan, Iran and the entire Central Asia’. “With Tu Yaad Aya, there was a wonderful opportunity to fulfill that promise. My greatest inspiration today is my wife Roya who is originally from Afghanistan. Therefore my relationship with the Afghan people is two-fold! They also call me their ‘Son-in-law’!” he asserts.