Hrithik Roshan Starrer Super 30 is not only making it big at the box-office but inspiring millions and now the film has been made tax-free in one more state, Uttar Pradesh. 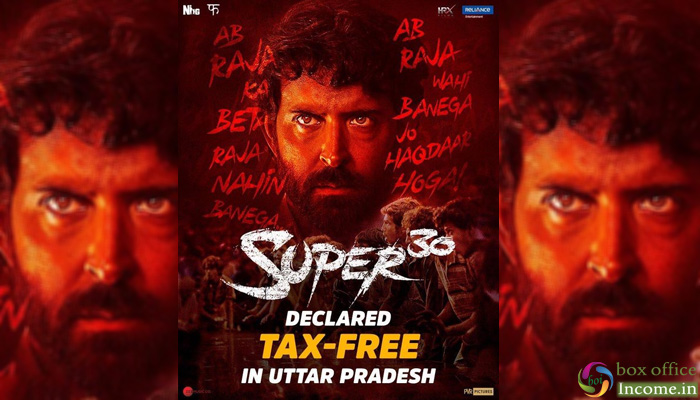 Actor Hrithik Roshan just took to his social media profile and shared the news. He wrote, “Heartfelt gratitude for this gesture. Thank you Shri. Yogi Adityanathji for announcing the film tax-free in Uttar Pradesh”.

Directed by Vikas Bahl, Super 30 tells the story of math genius Anand Kumar who runs an educational programme for underprivileged students aspiring for a seat in the prestigious Indian Institute of Technology.

Earlier this month, Super 30 was made tax-free in the states of Bihar and Rajasthan. Ashok Gehlot, Chief Minister of Rajasthan, has called the film “excellent example of exceptional will-power and determination”.

In a tweet, he said, “We must take inspiration from such films and imbibe the value of ‘excellence in education’ in the youth of our society today”. Meanwhile, Super 30 is faring well at the box office as well. So far, the film has raked in Rs 80.36 crore domestically.

Dhamaka: Ahead of Trailer Release, The Makers of Kartik Aaryan’s Film Come Up With A Mood Promo!