The mythological drama Adipurush’s producers have announced a new release date, pushing back the project’s initial January 2023. The movie will now be released on June 16, 2023, director Om Raut announced, pushing it back by almost six months. 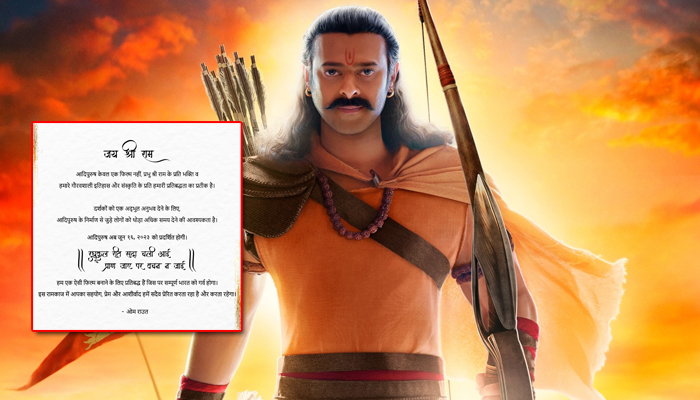 In the official statement released by Om Raut in association with the producers T-Series, the director revealed that they have decided to push the release date in order to provide a better viewing experience for the audiences.

The statement read, “Adipurush is not a film, but a representation of our devotion to Prabhu Shri Ram and commitment towards our Sanskrit and history. In order to give a complete visual experience to the viewers, we need to give more time to the teams working on the film. Adipurush will now release on June 16, 2023. We are committed to make a film that India will be proud of. Your support, love and blessings is what keeps us going. – Om Raut.”

Talking about Adipurush, the film is a pan India film with extensive VFX that retells the epic battle of Ramayana. While Prabhas features the role of Ram, Kriti Sanon plays Seeta whereas Saif Ali Khan plays Lankeshwar aka Raavan in this Om Raut directorial.

The teaser of the film was launched with much fanfare in Ayodhya which is expected to be the birth place of Ram. Adipurush is being considered as the biggest film in Prabhas’ career. It is a mythological drama that has been made on a budget of Rs 300 crore.